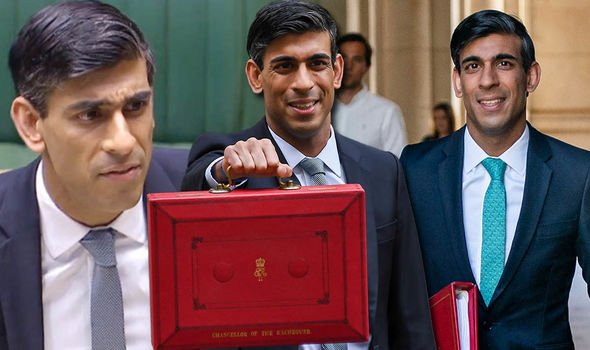 Rishi Sunak is an Indian Origin British Politician currently serving as the Chancellor of the Exchequer since February 2020. He is a member if Conservative Party and has also served as Chief Secretary to the Treasury from 2019 to 2020. He is the Member of Parliament for Richmond (Yorks) in North Yorkshire since 2015.

Born on 12 May 1980 in Southampton, Hampshire, South East England he is Son of  Indian Punjabi Hindu parents Yashvir and Usha Sunak. He is the eldest of his three siblings. His father was a general practitioner and mother Usha was pharmacist who ran a local pharmacy. Before coming to the UK, his parents were living in East Africa and emigrated later. While his father was born in Kenya, his mother was born in Tanzania.

In 1960 his Grandparents who hails from Punjab Province, British India emirates to East Africa and came to the UK.

Sunak went to Winchester College, a boys’ public boarding school and was also the head boy and the editor of the school paper. He then did his graduation with First in Philosophy, Politics and Economics at Lincoln College, Oxford. For higher education she attended Stanford University for MBA and was even a Fulbright scholar.

Rishi Sunak got married to Akshata Murthy in August 2009. Akshata is daughter of Indian billionaire N. R. Narayana Murthy, founder of Infosys. The two got to know each other during their MBA course at Stanford University. The couple have two daughters.

Akshata is currently serving as director of investment firm Catamaran Ventures which is her father’s company and has her own fashion label too. She has the shares of Catamaran Ventures worth £430m which makes her one of the wealthiest women in Britain.

In 2014, he was chosen as the Conservative candidate for Richmond (Yorks), a seat that was previously been held by William Hague. The seat has been held by the Conservative Party for over 100 years now. That year, he headed the Black and Minority Ethnic (BME) Research Unit of Policy Exchange and co-wrote a report on BME communities in the United Kingdom. 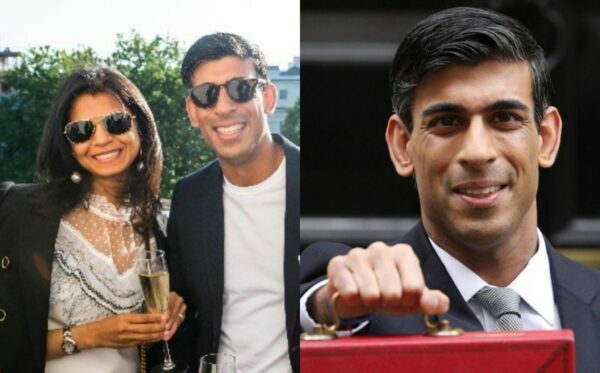 In the 2015 General Election, he was elected as an MP from Richmond (Yorks). From 2015 to 2017, he served as a member of the Environment, Food and Rural Affairs Select Committee.

He supported the EU referendum in 2016. He also wrote a report for the Centre for Policy Studies supporting the establishment of free ports after Brexit, and the following year wrote a report advocating for the creation of a retail bond market for SMEs.

He was re-elected as MP from the same seat in the 2017 General Election. He served as the Parliamentary Under-Secretary from January 2018 to July 2019. He supported PM Boris Johnson in the 2019 Conservative Party leadership election and even co-wrote an article in a British national daily to advocate for Johnson during the campaign in June 2019.

Sunak was re-elected in the 2019 General Election and was appointed Chief Secretary to the Treasury by Prime Minister Boris Johnson in July 2019 and served under Chancellor Sajid Javid. He became a member of the Privy Council on 25 July 2019.

After a cabinet reshuffle in February 2020, Sunak was promoted to Chancellor of the Exchequer.

Amid the COVID-19 pandemic, Sunak presented his first budget on 11 March 2020. As the pandemic created a financial impact, Sunak announced the £30 billion of additional spending of which £12 billion was allocated for mitigation of the economic impact of the COVID-19 pandemic.

On 17 March 2020, he announced £330 billion in emergency support for businesses and a salary subsidy scheme for employees. Three days later, he announced the job retention scheme but received severe backlash as an estimated 100,000 people were not eligible for it. The scheme was extended until 30 September 2021.

Sunak unveiled the £30 billion Eat Out to Help Out Scheme to support and create jobs in the hospitality industry. The government-subsidised food and soft drinks at participating cafes, pubs and restaurants at 50%, up to £10 per person. The offer was available from 3 to 31 August 2020 from Monday to Wednesday. While some consider the scheme to be a success as it subsidised £849 million in meals, others disagree. A study at the University of Warwick revealed that the scheme contributed to a rise in COVID-19 infections of between 8% and 17%.

In his March 2021 budget, Sunak announced that the deficit had risen to £355 billion in the FY 2020-2021, the highest in peacetime. He increased the corporation tax from earlier 19 to 25% in 2023, a five-year freeze in the tax-free personal allowance and the higher rate income tax threshold.

At the G7 Summit in June 2021, a tax reform agreement was signed to establish a global minimum tax on multinationals and online technology companies. In October 2021, OECD signed an accord to join the tax reform plan.

In October 2021, he unveiled his third budget which included £5bn for health research and innovation and £3bn for skills education.

Forbes puts his astronomical net worth at $4.3 billion (that’s £3.1 billion)

What Would You Do If You Were This Lady?