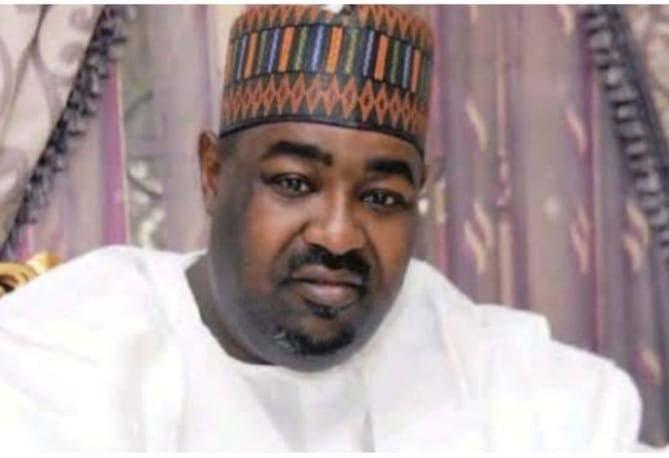 Alhaji Hassan Danbaba, grandson to late Sir Ahmadu Bello , the Sardauna of Sokoto and Premier of defunct Northern Nigeria, slumped and was pronounced dead in Kaduna.

Journalists gathered that Danbaba who was the traditional title holder of Magajin Garin Sokoto, slumped in Kaduna Hotel and died today.

A source told journalists that the Kaduna state Government had prepared for the copse to be flown to Sokoto where he would be buried in the ancestral Hubbare, a royal compound that has a cemetery specially preserved for legendary Sheikh Othman Danfodio and his progenies.

The source said late Danbaba ,one of the Kingmakers in Sokoto Caliphate, ” was not only one of the most Influential Northerners, he was the Head of Sokoto Kingmakers.”

“He was in Kaduna to condole with another Influential Northerner, Lt .General Aliyu Gusau.(rtd) former NSA, former Minister for Defence,who, recently, lost his elder brother.”

“On arrival, and after the condolence visit, Danbaba checked into his hotel, Stonehedge, in Kaduna.Just before he slumped in the Hotel room and died at about 11.30am, he had dressed up, preparatory to meeting General Gusau in his house for two of them to head back to Abuja.”

But he slumped. Panicky Aides swooped on him and rushed him to the 44 Army Reference hospital, Kaduna. He was declared dead on arrival.”

“A devasted Governor of Kaduna State, Nasir El-Rufai, ordered that his body be evacuated to Government House, for an airlift to Sokoto for funeral.He will be buried at a cemetery reserved – Hubbaren Shehu- reserved for Royal leaders.”

See What This White Man Was Spotted Doing In Warri