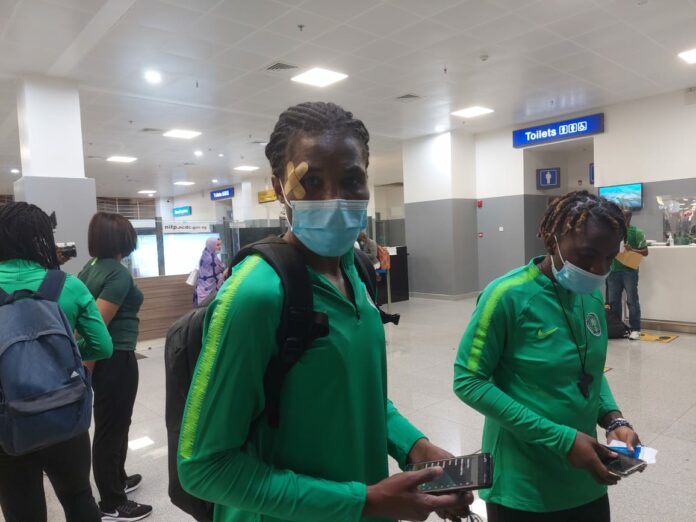 Players and officials of Super Falcons have poured out their grievances after they were delayed for hours at the Nnamdi Azikwe International Airport upon their return from the African Women’s Cup of Nations (AWCON) qualifier in Abidjan.

In a now-viral video, the players and officials appeared to be stuck at the airport in the early hours of today, while some of the team members registered their grievances.

It was not the expected welcome for the Super Falcons who arrived from Cote D’Ivoire, where they secured the country’s participation at the 2022 AWCON. 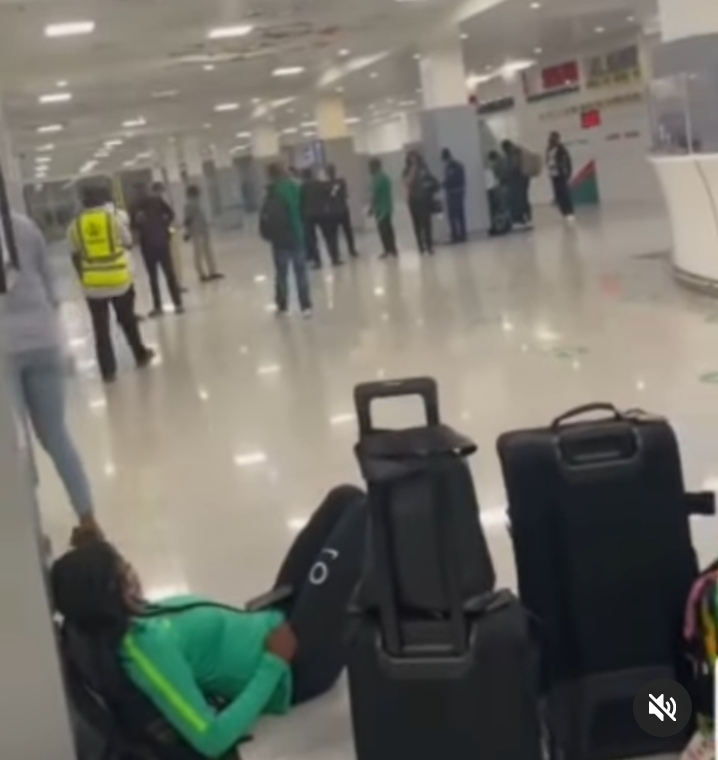 The Nigerians had bested their West Africans 3-0 on aggregate to earn a chance to defend their continental crown in Morocco later in the year.

Speaking with newsmen, a source close to the team said the Super Falcons were delayed at the airport due to their “failure” to provide the officials of the Nigeria Centre for Disease Control (NCDC) with their inbound polymerase chain reaction (PCR) test for COVID.

He added that the squad had “already taken the test multiple times to be able to play the game.”

“It is very frustrating to come back home, and the players have to go through this. This is nonsense, all these COVID rules… we have already taken the test multiple times to be able to play the game, so I don’t really understand it, but it is very frustrating,” the American said.

On her part, Onome Ebi, Falcons defender, said the situation is confusing for the players as “all the doors are locked, and we can’t go outside.”

“They locked everywhere — all the doors are locked, and we can’t go outside. I don’t even understand what’s happening. We are just arriving after a very crucial game, and all the girls are tired, and some of the girls are crying because we can’t go out and we don’t know what to do,” she said.

The Super Falcons were eventually freed in the morning after the intervention of the Nigerian Football Federation (NFF).