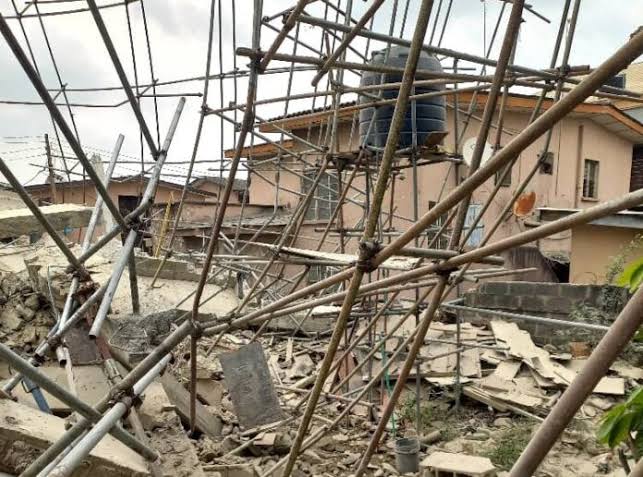 Two bodies have been recovered, while two persons were rescued from the rubble of a three-storey building which collapsed in Yaba, Lagos, yesterday.

Olufemi Oke-Osanyintolu, the director-general of the Lagos State Emergency Management Agency (LASEMA), confirmed the development in a statement.

Earlier yesterday, an official of LASEMA had said some construction workers were in the building when it collapsed.

“Upon arrival of LASEMA response team at the incident scene, a three-storey building under construction was discovered to have collapsed,” the official had said.

“Further investigation revealed that the construction workers numbering about five were on site when the structure came down and are still trapped underneath.”

An eyewitness also said a part of the building had collapsed in 2021, but that construction had continued.

Giving a development on the rescue efforts on Saturday night, Oke-Osanyintolu said as of 9:45 pm, two male bodies were recovered, while two other men were found alive.

He added that recovery operation is still in progress at the site.

Barcelona Accept Payment Of Neymar’s €222m Release Clause Ahead Of...