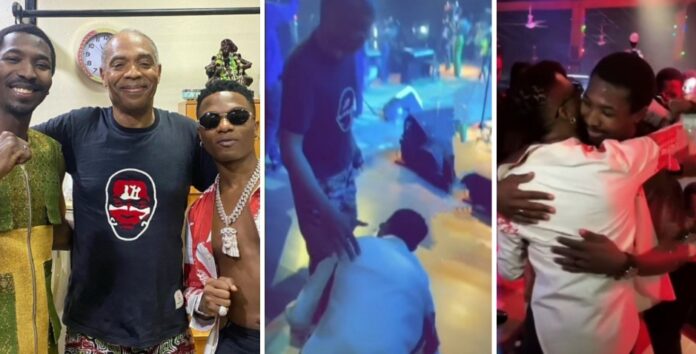 Wizkid, the award-winning Nigerian musician, surprised many fans yesterday after he prostrated to greet Femi Kuti at the New Afrika Shrine.

The ‘Fever’ crooner visited the Shrine for a concert organised by Made Kuti and the Movement, the music band.

In a now-viral video, the ‘Ojuelegba’ singer could be seen prostrating for Femi while they embraced each other thereafter.

Wizkid later joined the 59-year-old and Made on stage as they thrilled music lovers with a colourful performance at the concert titled ‘Love at the Shrine’.

Femi also shared photos of himself with Wizkid and Made on his Instagram page, saying they had a great time together at the concert.