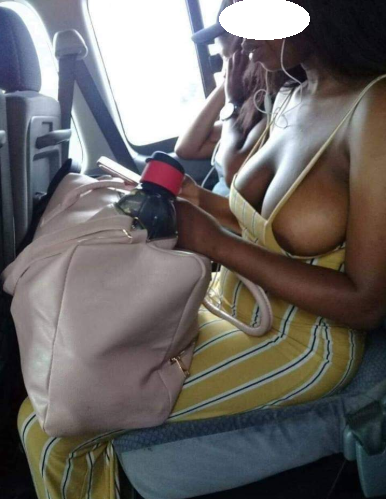 A male Twitter user noticed the breast of a female passenger spilling out of her dress in a bus in Lagos and he took a photo and shared online.

The poster has been called out by some for taking her photo and sharing it with her face on display, while some have defended the poster, saying if the woman can step out half-dressed then she shouldn’t complain about being shamed for it. 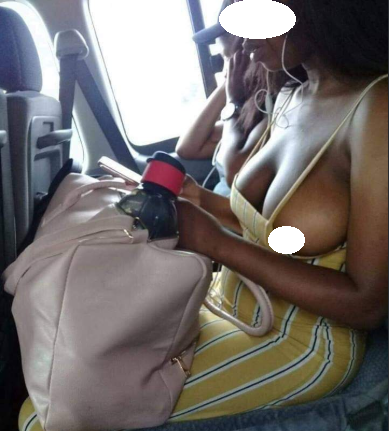 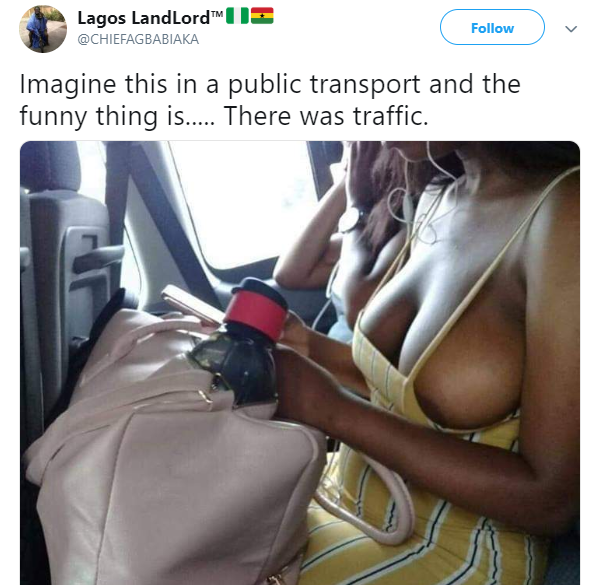 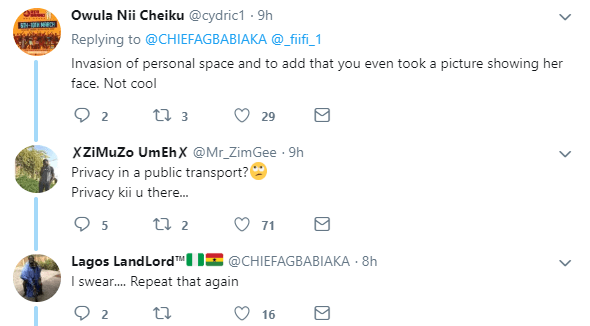