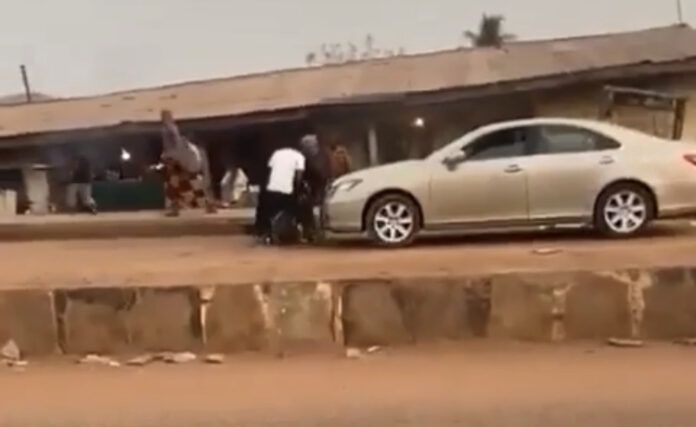 A suspected internet fraudster has bitten more than he could chew after an angry mob descended on him in Auchi.

It was gathered that the suspected ritualist/yahoo boy tried to run away after allegedly dropping a lady from his car who exhibited some level of insanity.

The suspected yahoo boy drove to a spot where he opened passenger’s door of his car to let out a lady who immediately undressed herself while exhibiting signs of insanity.

However, his suspicious move was detected by some people who rushed to the scene and pounced on him.