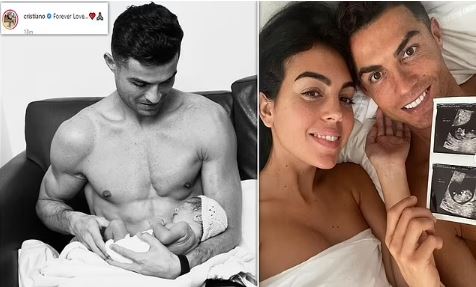 TSB News reports that Manchester United forward Cristiano Ronaldo has posted a heartwarming image of himself holding his newborn daughter less than two weeks after her twin brother tragically passed away.

Ronaldo and his partner Georgina Rodriguez revealed that their son had died at birth on April 18, but their daughter survived.

The 37-year-old has now put an image of himself cradling the baby, accompanied with the caption ‘Forever Love’ alongside a love heart emoji on Instagram.

Latino Model Calls Out Vast Of Bracket For Dumping Her For...