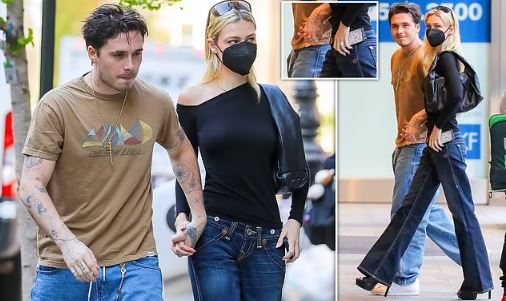 TSB News reports that they tied the knot in a lavish $3.5 million wedding ceremony earlier this month.

And Brooklyn Beckham and his wife Nicola Peltz appeared to be as smitten as ever as they held hands while stepping out in New York on Friday.

The son of David and Victoria Beckham, 23, and his actress wife, 27, gave a flash of their lavish wedding bands as they put on a loved-up display. 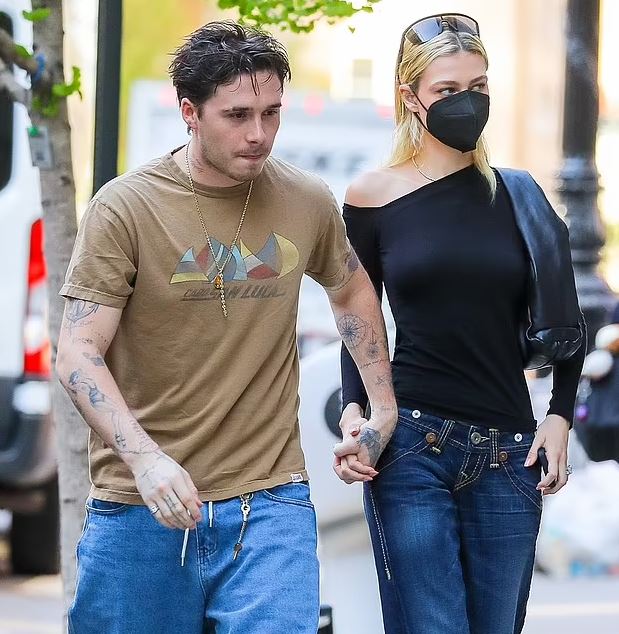 Brooklyn cut a casual figure in wide leg blue jeans and a beige graphic T-shirt, while he kept comfortable in a pair of white trainers.

He sported a long gold necklace and gave a flash of his arm inkings, while he styled his brunette locks in a tussled style.

Nicola looked effortlessly chic in flared blue jeans and a one-shoulder black top, which she teamed with a pair of chunky black sandals.

She kept her essentials in a black patent handbag and sported a black face mask as she walked hand-in-hand with her new husband. 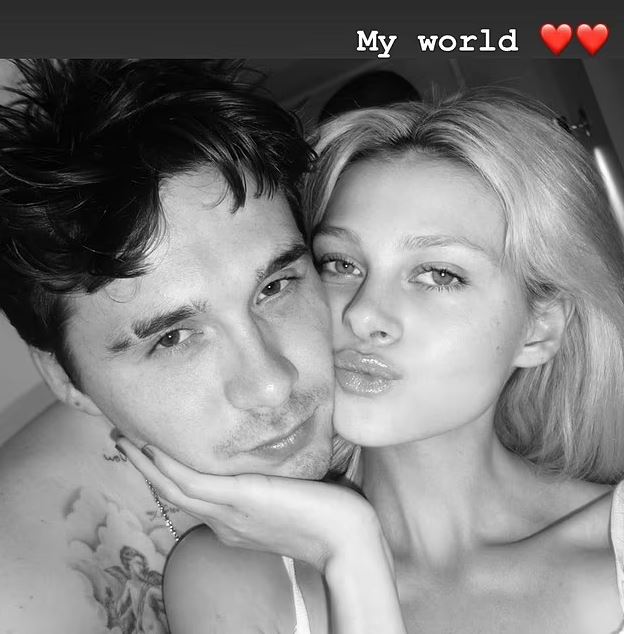 The newlyweds visited a Valentino designer store for fittings before grabbing a bite to eat at celebrity hotspot Nobu for dinner.

Earlier this week, the happy couple appeared to be enjoying married life as they cosy up for a black and white Instagram selfie.

Brooklyn looked loved-up in the snap as makeup free Nicola cupped Brooklyn’s face while their cheeks were pressed together.