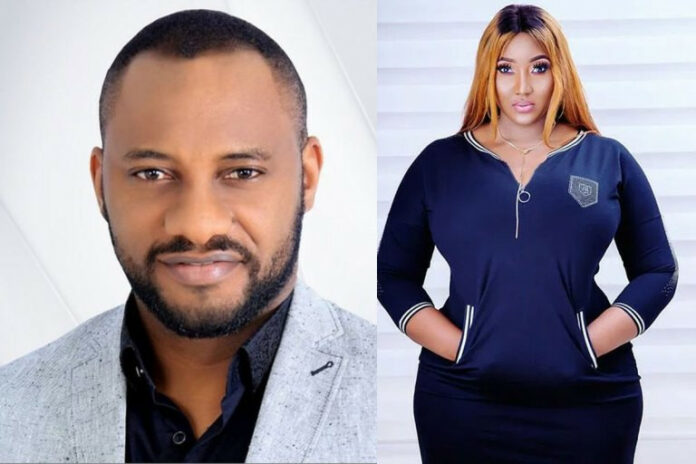 It was a prank – Yul Edochie denies marrying 2nd wife

The actor had via his verified Instagram handle announced on Wednesday that his second wife, Judy Austin, who is also a Nigerian actress, gave birth to a baby, sharing pictures of himself and the baby boy.

The actor had written, “It’s time for the world to meet my son. His name is Star Dike Munachimso Yul-Edochie. Born by my second wife; Judy Austin. And I love him so much, just as much as I love my other children (sic).”

Commenting on the post, Yul’s first wife, May, said, “May God judge you both.”

Amidst the controversy, 40-year-old Edochie took to his Instagram account to shower praises on his first wife, May Edochie, describing her as “Number One” and “Undisputed.”

Later on Thursday, Eodichie once again took to his Instagram to post a smiling picture of himself, captioned: “Real men own up and take responsibility. Fake men dey hide for back dey run am.”

But in another post on his verified handle on Friday, Edochie said he was only acting a movie.

He said he played the prank because Nigerians did not care about his political ambition when he ran for the governor of Anambra State in 2017.

The movie star, who polled 145 votes during the Anambra governorship election, on his birthday on January 7, 2021 also declared his intention to run for presidency in 2023.

He wrote, “So I fit break Internet like this? So I can get over 60k comments on one post? But I dey act film, dey give una Hollywood performances since una no send me. Best voice, una no send me. I ran for Governor, una no send me. I wan run for President, una no still send me. But na dis one scatter Internet. Na dis one come make una send me finally. Na waa for una oo.”

Reacting to the post, some of his followers said they couldn’t believe he posted it while others said even with the development, “we didn’t send you.”

“I Have Since Stepped Into My Truth” – Nigerian Lesbian, Pamela...