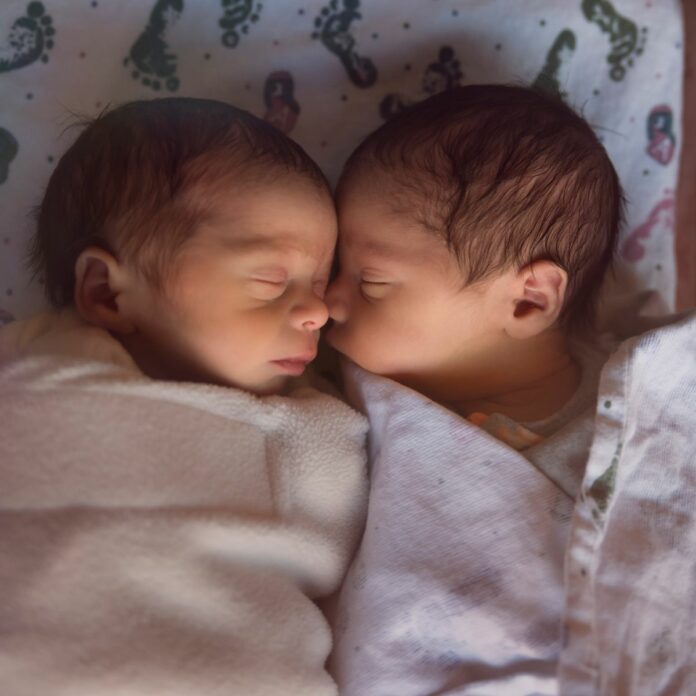 A mum has left other parents bewildered after giving both of her twin sons the same first name.

The Coles family, from the US, boasts five children, the latest of which are identical boys – but, confusingly, they’re both called Branden.

Named after their dad, one is called Branden Junior and the other Branden III.

A video on the family’s TikTok account coles_family12 from earlier this week stating as much and showing the boys as newborns has left users confused, and others mocking the parents.

One person wrote: “This should be illegal.”

While another said: “Schools definitely going to have them in separate classrooms.”

Some felt giving them both the same name takes away from their individuality somewhat.

A commenter said: “They cute and all but they are 2 different people.”

And many said formal documents and the like are going to get confusing when they get older.

One woman, in a similar boat after her parents gave her and her sister similar names, warned: “I’m a twin I have to pay attention when I’m asking for paperwork because most the time they give me my twins papers our name is Augusta and Augustine.”

The latest video shows the two boys as newborns, but in previous clips on the account they are toddlers.

Their own Instagram account was set up around a year ago, but it’s unclear how old exactly they are.