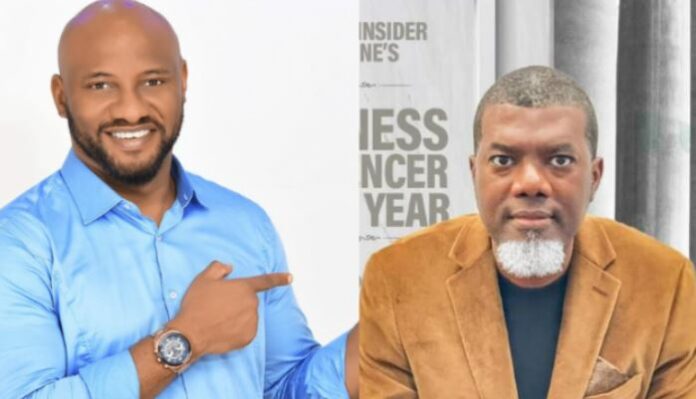 TSB News  recalls that the actor caused a stir on social media after he made his second marriage public, adding that his new wife already had a son for him.

Commenting on the trending news, Omokri noted that polygamy is not a sin, adding that it is better than adultery or fornication.

The former aide was responding to a question thrown at him by one Uche Chuta, who directly asked Omokri to share his opinion on the subject.

In his response, Reno Omokri said, “Thank you for your question. I generally would prefer to mind my own business, but as this is a direct question to me from you, a gubernatorial candidate, about Yul, who relates very well with me, I will respond to it.

“In my personal opinion, I don’t think Polygamy is a sin.”

He added that polygamy was only forbidden for “Bishops, overseers and elders in the church -1 Timothy 3:2.”

Reaffirming his position, Reno added, “I will not counsel any man to marry more than one wife, but I will say that polygamy is by far better than adultery and fornication. But, these are my personal views.”

This comes shortly after Nollywood actor, Uche Maduagwu questioned if Edochie was still a Christian following his latest revelation.

Edochie’s first wife of 17 years, May, also reacted to the news, as she called down the judgement of God on the latest couple.