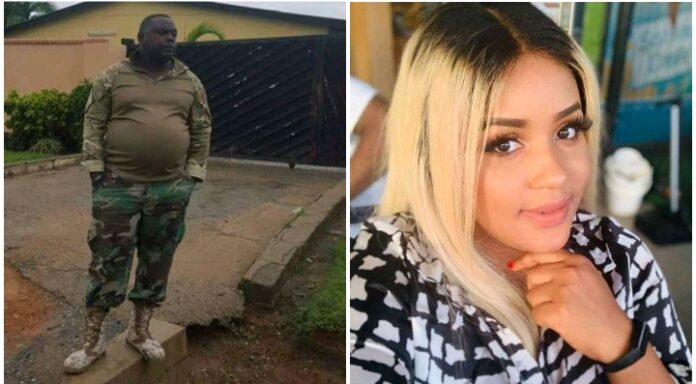 Woman Shot Her Husband, Chile 1 Dead After A Misunderstanding

A renowned Kitwe Jerabo commander identified simply as Chile 1 has allegedly been shot dead by his wife in Zambia.

TSB news learnt that the deceased is a cousin to Wusakile Member of Parliament, Pavyuma Kalobo.

It was gathered from sources that Chile 1 was shot dead in the early hours of today, April 30 after a misunderstanding with his wife, Annie Monta

“The shooting occurred at around 01 hours when the deceased came home and later picked up a quarrel with his wife and in the process, he was shot at on his left side of his back and sustained a bullet wound on the right side of his chest where the bullet came out from,” said Zulu.

“A Pistol 9mm taurus by make, silver in colour, serial number THR 43651 was used. The victim sustained a bullet wound on his left side of the back where he was shot at and on the right side of his chest where the bullet came out. He was rushed to Progress private hospital and later to Kitwe Teaching Hospital where he was pronounced dead. The body of the deceased has since been deposited to Kitwe Teaching Hospital mortuary awaiting postmortem. The firearm with one empty cartilage was recovered from the scene, arrest made.”