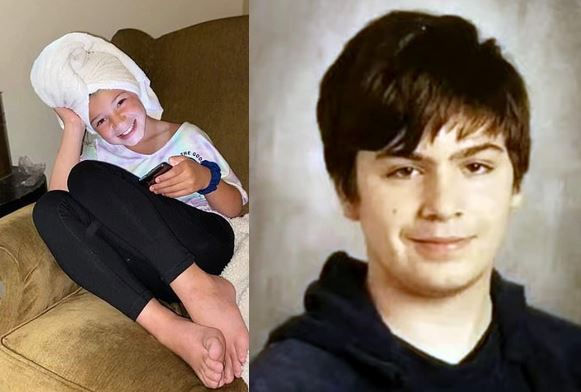 A 14-year-old boy has been charged with luring his 10 year old cousin off the road to the woods where he sexually assaulted and then killed her.

Judge Benjamin Lane initially sealed the criminal complaint but decided at a hearing on Thursday to release a redacted version in response to media requests.

The criminal complaint revealed that the boy returned to the scene of crime after allegedly killing the girl so he could better hide the girls body by covering her with leaves.

According to the criminal complaint, Lily was reported missing on the evening of April 24 after she failed to return from visiting her aunt’s house in Chippewa Falls. Police found her body the next morning.

Peters-Berger told the police that he was riding his hoverboard alongside Lily on a trail in Chippewa Falls and that he intended to rape and kill her, according to the complaint.

He asked Lily to leave the trail and explore the woods with him, then assaulted her, according to the complaint.

The complaint reveals how Peter  ‘became scared’ and left the scene, but later returned to cover Lily’s body with leaves.

Peters-Berger remains in custody on $1 million bail. He’s considered an adult in the criminal justice system but his attorneys could ask Lane to waive the case into juvenile court. His next court appearance is scheduled for June 24.

Bride Refuses To Ask Best Friend To Be In Her Wedding...