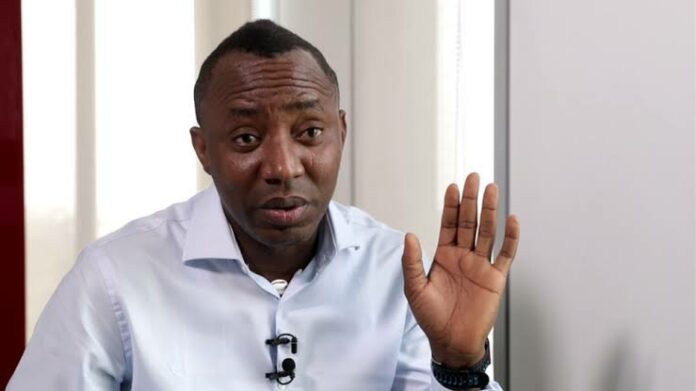 TSB NEWS reports that Mr Omoyele Sowore, a presidential aspirant on the platform of the African Action Congress (AAC), on Saturday appealed to Nigerians to vote for his party in the 2023 general elections.

Sowore, the publisher of the SaharaReporters, made the plea in Akure while speaking with newsmen, amid a resounding welcome by party faithful.

According to him, Nigerians, most especially the youths, need to challenge those seeking political office ahead of 2023 general elections.

“This is the right time to challenge those in power and bring those with fresh blood, ideas and initiatives that can change the narratives for Nigeria.

“The time for the nation to work for Nigerians has also arrived.

“Other political parties are even going into extinction and we would help to consign them into the dustbin of history as soon as possible.

“For the people of Ondo State, and those who have not heard, I, Omoyele Sowore is going to be the next President of Nigeria,” he said.

The AAC presidential aspirant expressed happiness that he was received by supporters and mammoth crowd from his country home, Kiribo, in Ese-Odo Local Government area of the state.

Couple Caught On CCTV While Having Sex In A Supermarket. Photos/Video