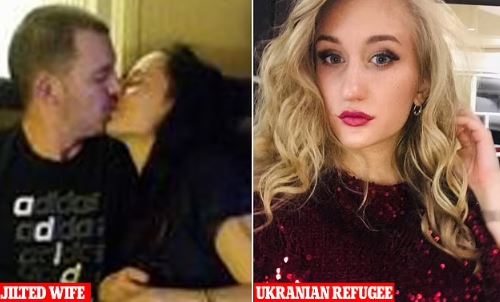 A jilted mother-of-three whose partner ran off with a Ukrainian refugee has shared her anger after she let the woman into her home.

Lorna Garnett says she was left heartbroken after her partner of ten years decided to leave her for Sofiia Karkadym just ten days after she moved into their hours after fleeing war-torn Ukraine.

Tony Garnett, 29, a security guard, who lives in Bradford, West Yorkshire, said he has fallen in love with the 22-year-old and wants to spend the rest of his life with her.

Sofiia, who fled the city of Lviv in western Ukraine, said she ‘fancied’ Tony as soon as she saw him and that the pair are living their very own ‘love story’.

But, speaking to the Sun on Sunday, Lorna said she believes Sofiia ‘set her sights on Anthony from the start, decided she wanted him and she took him’.

She added: ‘She didn’t care about the devastation that was left behind. Everything I knew has been turned on its head in the space of two weeks.’ 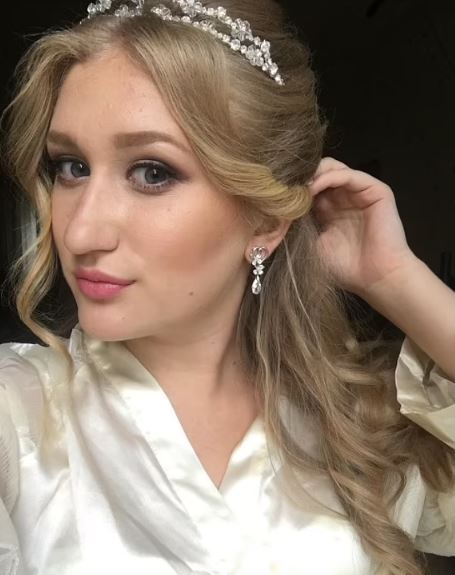 Things came to a head after an explosive row between the women left Sofiia in tears and saying she no longer felt like she could no longer live in the same house as Lorna.

Tony said ‘something inside me clicked’ and he told Lorna ‘If she’s going, I’m going’.

The pair then packed their bags and moved in with Tony’s mother and father, although they are looking at properties to move into.

After their relationship of 10 years ended in the space of just 10 days, Tony says he feels bad and that Lorna is not to blame.

‘I am so sorry for what Lorna is going through, this was not her fault and it was not about anything she did wrong.

‘We never set out to do this, it wasn’t planned and we didn’t mean to hurt anyone.’