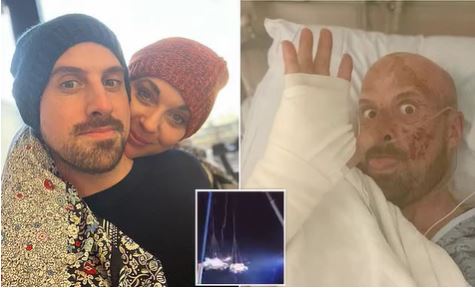 America’s Got Talent star Jonathan Goodwin has been left paralysed for life, his fiancé Amanda Abbington revealed after a fireball stunt left him with ‘shattered legs and a broken spine’ last year.

The 42-year-old was seriously injured after performing the dangerous stunt in October 2021 where he attempted to escape from a straight jacket while being hung upside down 30 feet in the air in between two suspended cars.

Abbington explained that the timing was misjudged and the cars were released too early, causing him to be crushed between them as they caught on fire.

She said Jonathan, who also appeared on the 2019 season of Britain’s Got Talent, will never recover from the accident at the Atlanta Motor Speedway in Georgia which saw him nearly die twice.

Amanda told the Out to Lunch podcast with Jay Rayner: ‘He fell 30 feet and lost a kidney, broke both shoulder blades, shattered both legs.

‘Third degree burns, broke his spine and severed his spinal cord and, nearly died. And then on the operating table, he nearly died again.’

The Sherlock actress confirmed it is unlikely Jonathan will walk again, saying: ‘He’s paralysed now he’s in a wheelchair.’

‘Unless there’s a kind of stem cell surgery or that thing that Elon Musk is designing with the little chip, he’ll be like that forever.’

Jonathan was released from hospital in February and Amanda – who has two children with former partner Martin Freeman – praised his bravery as he continues the long road to recovery. 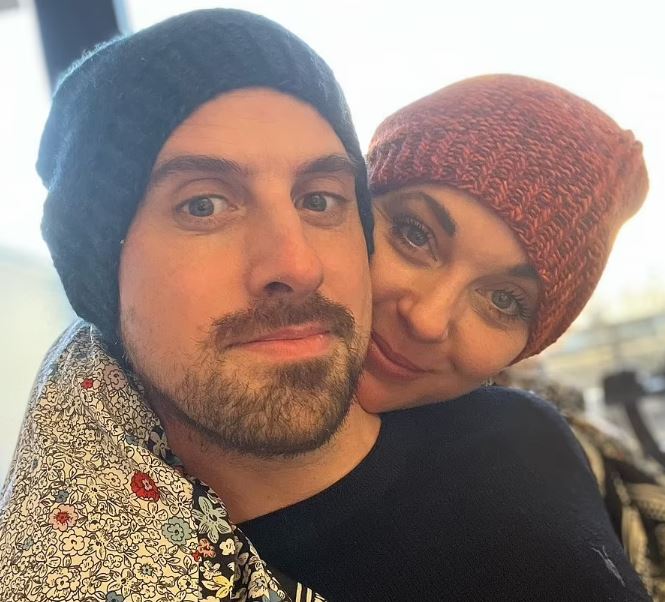 She added: ‘His courage and his strength is something that I just aspire to be like. He’s just incredible, honestly, like so happy, just like a very happy, positive human being, just liquid sunshine. He’s amazing.’

The actress also revealed the stuntman had sent her a voicemail before his surgery explaining that there was a 50% chance he would not make it, so he told her he loved her and thanked her for the last couple of months of his life with her.

Goodwin, who has now retired from escapology, documented his four months in hospital recovering from injuries including burns and broken legs. 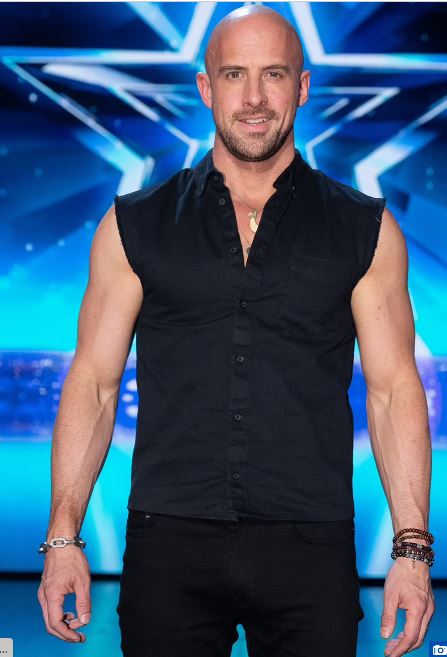 Actress Sotayogaga Reacts To Allegations That 3 Men Backrolling Her And...