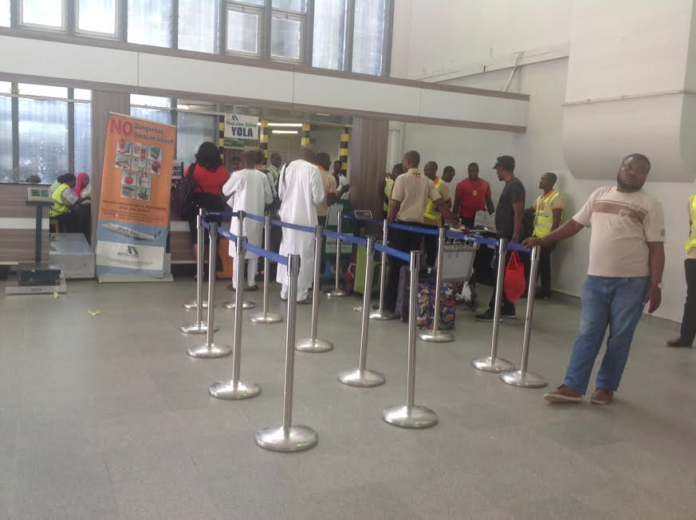 TSB NEWS reports that some angry passengers have reportedly blocked the boarding gate of Nnamdi Azikiwe International Airport in Abuja following a delay of their flights.

According to Premium Times, the passengers have been at the airport since Sunday night to catch flights to different destinations.

As of 8:36 am passengers of Arik airline due for take-off at 7 pm on Sunday were still at the terminal ”without explanation from the flight workers or officials”.

“They already had delayed it from 7 to 9pm yesterday. From 9:45 yesterday till now,” a passenger said.

The passengers were said to have had an uncomfortable night at the airport as chairs within the airport served as mattresses for many of them.

Lady Attacks Pastor And Drags Him Into The River During Church...