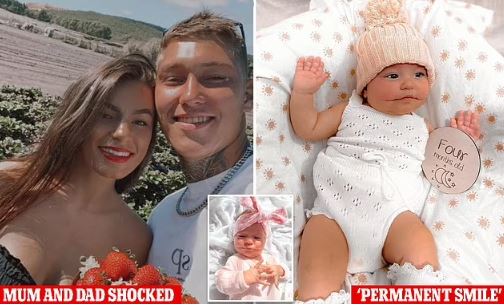 A mum has revealed the ‘huge shock’ of her daughter being born with a ‘permanent smile’ and is now sharing the family’s life on TikTok to raise awareness about the rare condition. 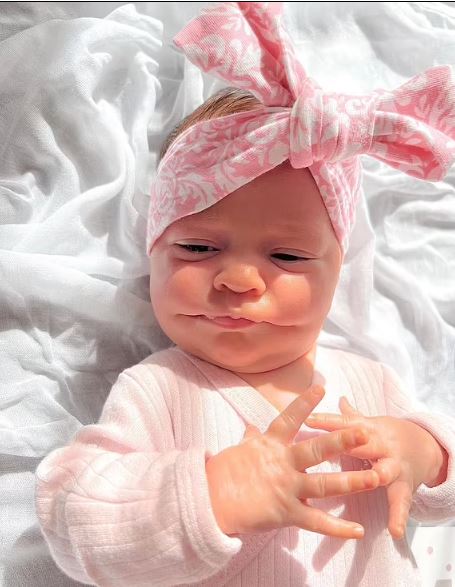 The parents were over the moon to meet their little girl but during the C-section birth they were given the shock news that her mouth had not formed as ‘normal’.

Ayla Summer Mucha had developed bilateral macrostomia, a rare condition where the corners of the mouth don’t fuse together during pregnancy.

According to a study from 2007, only 14 cases of the condition have been reported in medical literature.

‘A caesarean is an uncomfortable experience as it is,’ the mum told Jam Press.

‘Therefore, I was already in an overwhelmed state. As you would know during the surgery the doctors will show you the baby once it has been removed from the uterus.

‘At the time it was a very obvious formation as Ayla was so tiny. We were instantly worried. Blaize and I were not aware of this condition nor had I ever met someone born with a macrostomia. So it came as a huge shock.’

When doctors handed Ayla to her parents, they noticed that she had a large oral opening, which initially baffled doctors as it had not been picked up on her ultrasound scans.

The condition is so rare that this was the first time doctors at the Flinder’s Medical Centre had seen such a case. 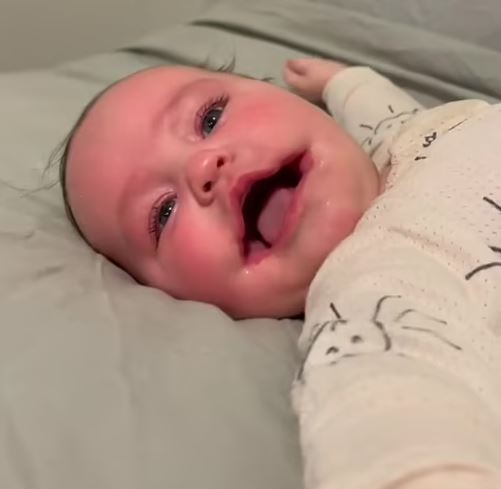 For medical reasons patients with Alya’s condition are advised to have surgery to help ensure they have a functioning mouth as they grow older.

‘We are yet to receive the exact specifications of the surgery, yet we know this involves a skin closure that results in minimal scarring,’ she said.

‘The challenges we will face post surgery are worrying as a couple.’

A few months later in a search for more information and to raise awareness, Cristina and Blaize started a TikTok account to share their own experience.

One clip of the mum dressing her daughter has received over 46 million views, with users flooding the comments section with support.

One person commented: ‘Asking respectfully as a mum. Would you make more content to educate us on her condition… I would love to learn more she’s beautiful.’ 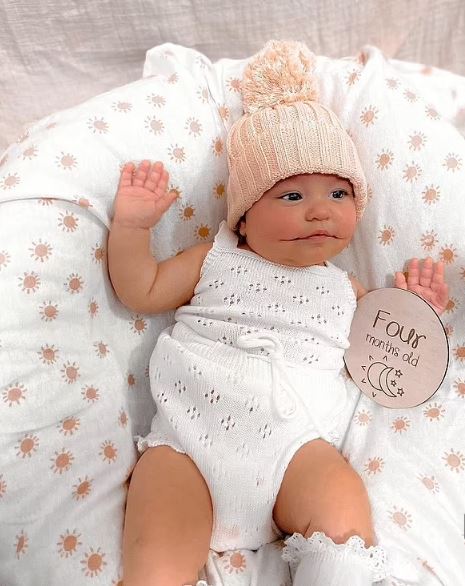