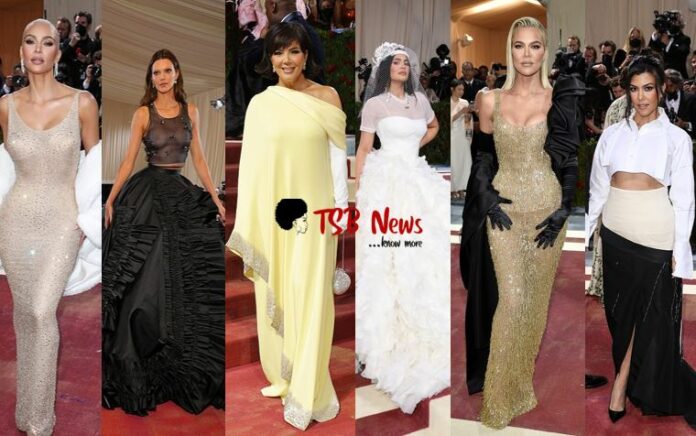 Best Dressed Kadarshian AT The Met Gala 2022 Goes To?

Hollywood stars were out in force for fashion’s biggest night of the year at the Met Gala at the Metropolitan Museum of Art in New York City on Monday night.

Kim Kardashian and her siblings were not at exception as they stunned in various beautiful outfits. Who’s your best dressed? See below: 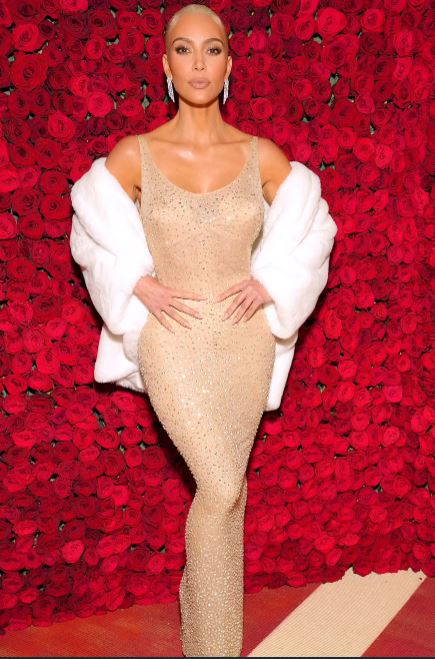 For weeks, fans speculated that Kim was going to wear Marilyn Monroe’s $5 million gown she wore when she sang Happy Birthday Mr. President to John F. Kennedy for his 45th birthday on May 19,1962.

The dress was based on a sketch by Bob Mackie for the costume designer Jean-Louis; the translucent gown features over 6,000 crystals.

Marilyn reportedly paid $1,440 for the custom piece and in 1999, her estate sold it at an auction for over one million dollars, per Vogue.

It changed hands again when it sold it 2016 for $4.8 million before Ripley’s Believe It Or Not Museum acquired it. 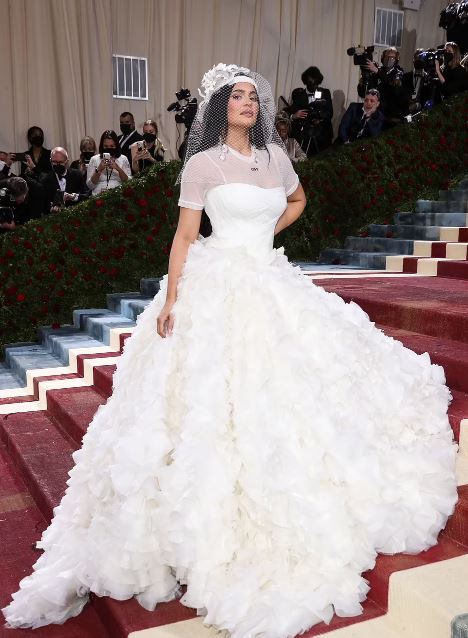 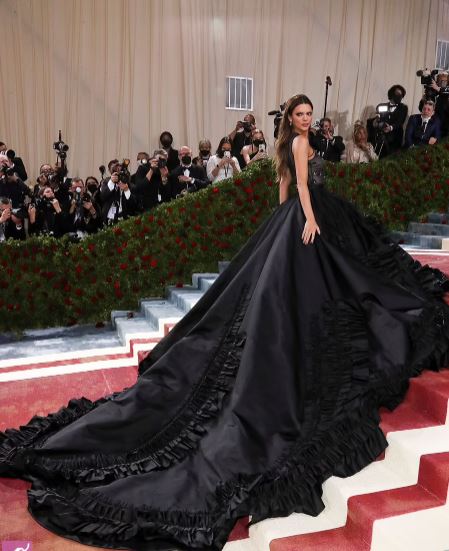 Kendall Jenner chose a sheer Prada gown with netting accents while opting to bleach her eyebrows. 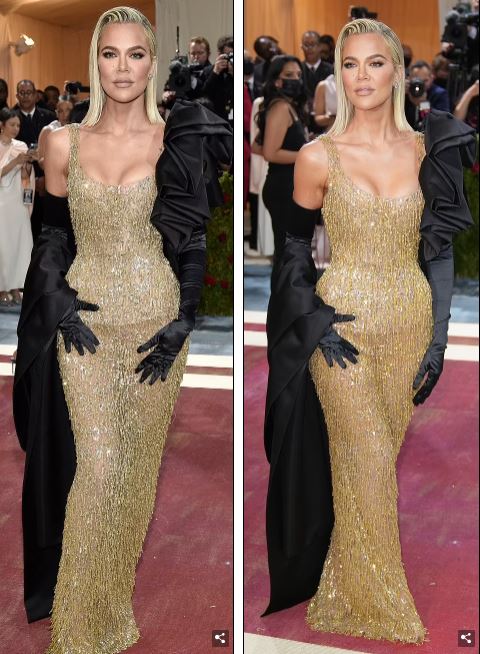 Khloe Kardashian arrived at her first Met Gala, opting for a black and gold gown; she is wearing custom Moschino. 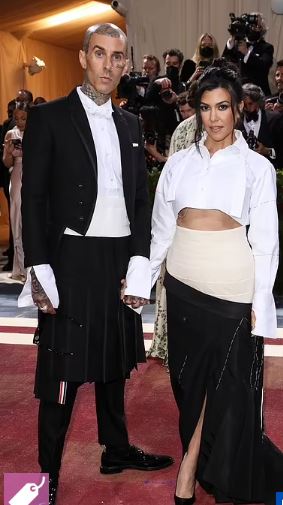 Kourtney Kardashian made her Met Gala debut with fiance Travis Barker; they are both wearing Thom Browne. 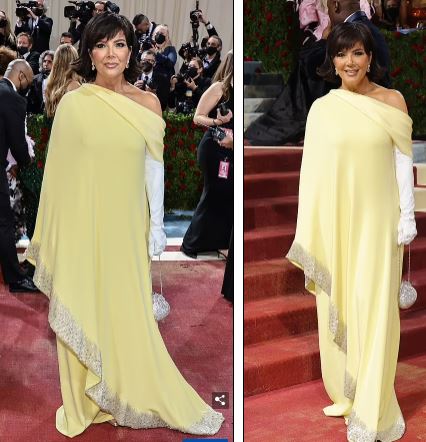 Kris Jenner chose a light yellow and silver number with gloves and a chainlink handbag. She revealed she was channeling Jackie Kennedy in the look. Kris is wearing Oscar de la Renta.

So your best dressed goes to?