A student has been burnt in Sokoto. TSB NEWS reports that The management of Shehu Shagari College of Education in Sokoto has announced the indefinite closure of the institution after a female student was reportedly killed for alleged blasphemy.

The student, identified as Deborah, was said to have been attacked by an angry mob over remarks considered to be an insult to Prophet Mohammed.

It is understood that the incident occurred in the early hours of Thursday.

A source, who spoke with Tribune, said trouble started when the lady was asked by her colleagues how she managed to pass her exams.

The late student, believed to be a Christian, was said to have attributed her academic excellence to Jesus.

Rankled by her response, the source said she was asked to withdraw the statement — to which she refused.

This, according to the source, made the mob attack her and then set her body ablaze.

“She was having an argument with some of her schoolmates over their ongoing examination and when she was asked how she managed to pass her exams, she said it was Jesus,” the source was quoted as saying.

“She was asked to withdraw the statement and apologise which she refused.

“The school security intervened, and took her to their post but they were overpowered by students after which she was killed in the process. After killing her, her body was burnt on the school premises.”

Reacting to the incident, the college directed all students to vacate its campus immediately.

“Following today’s early morning Students rampage in the college, the college management has resolved to close down the college indefinitely with immediate effect. Consequently, all students are hereby directed to vacate the College campus immediately (12th may, 2022),” the statement read.

Efforts to contact Sanusi Abubakar, the state police spokesperson, proved abortive as of the time of this report.

He did respond to calls as well as text messages sent to him on the matter. 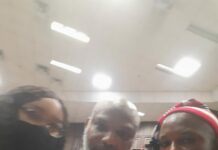 Principal Says Military Lied About Rescue Of Over 100 Abducted School...