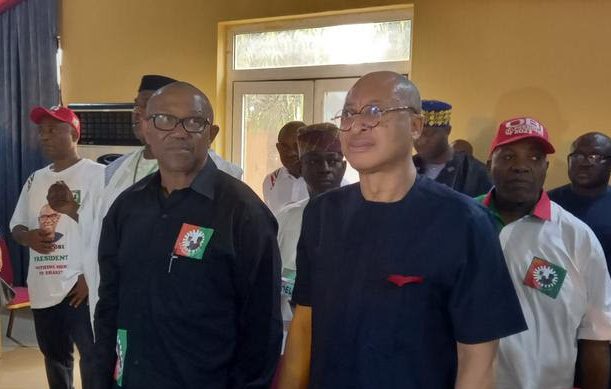 Peter Obi, former governor of Anambra, has been declared the winner of the Labour Party (LP) presidential primary.

He was declared winner of the primary around 4:50pm.

Pat Utomi, a professor of political economy, Eragbe Anselm, national youth leader of LP, as well as Olubusola Olufolake, had earlier stepped down from the presidential race.