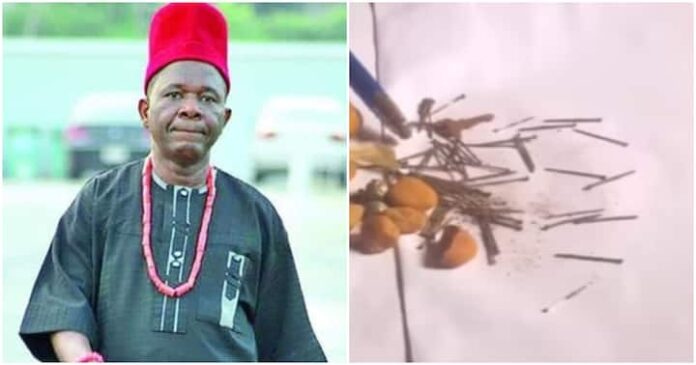 TSB NEWS reports that Chiwetalu Agu, the ace Nollywood actor, has narrated his experience with what he described as a “spiritual attack”.

In a video shared via his Instagram page on Friday, the actor claimed the attack was sponsored by his enemies.

The 66-year-old also claimed his enemies sent spiritual arrows, bullets, cowries, stones, pins, and others into his body to kill him.

In the video, Agu displayed the objects, which according him, were removed from his body by a “prophet”.

President Buhari jets off to China with wife, Aisha and daughter