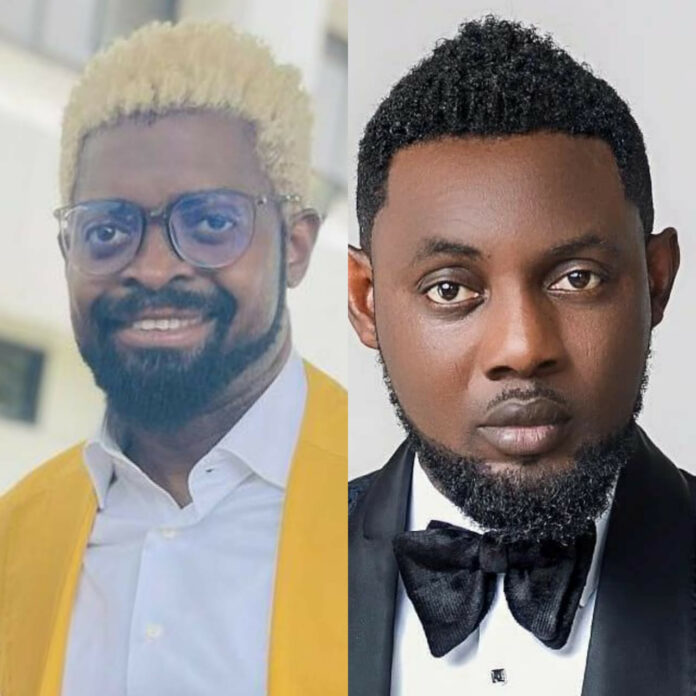 Comedian AY Makun explains why he and his colleague, Basketmouth, don’t talk to each other

Comedian AY Makun has come out to explain why he and his colleague, Basketmouth, don’t talk to each other.

In a Question and Answer session with his followers on Instagram, AY stated that Basketmouth has been battling with his ”uncontrollable superiority complex” for a while and that to keep his own sanity, he had to avoid Basketmouth’s ”incessant childishness”.

He added that he only talks to people who want to talk to him.

See the exchange he had with the follower where he gave his explanation below.. 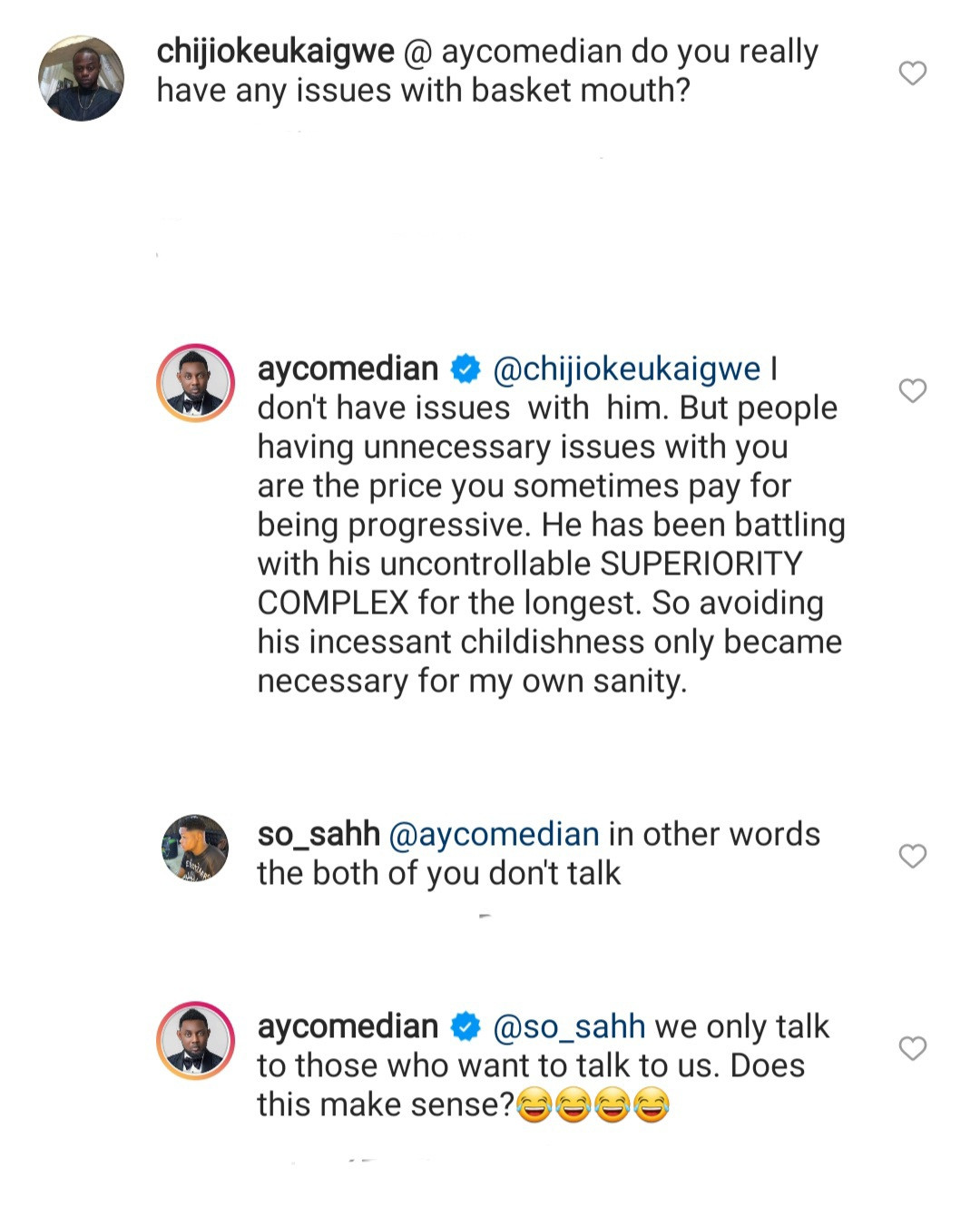