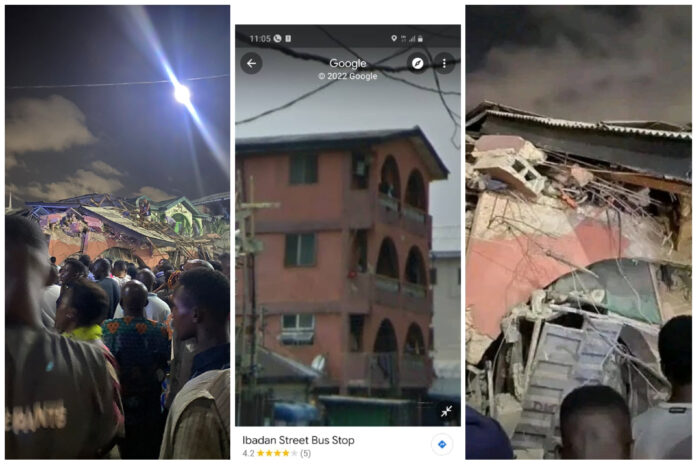 The death toll from the three-storey building that collapsed at 24, Ibadan Street, Off Murtala Mohammed Way, in the Ebute Metta area of Lagos State on Sunday, May 1, has risen to ten including a corper.

Confirming this development to newsmen, the acting coordinator, Lagos Territorial Office, NEMA, Ibrahim Farinloye, said another building in the area where the unfortunate incident happened has been sealed as it is showing signs of distress.

“Another three-storey building on Lagos Street, about 200 metres away from the current scene has shown signs of distress with part throwing pebbles and falling off. The building had also been marked as distressed, but the occupants were deviant. However, the building has been re-sealed and occupants evacuated by officers of Lagos State Buildings Control Agency.

Meanwhile, the landlord’s son in care of the collapsed building, who was formerly living in the house, told newsmen that he had since given the occupants of the building notice to evacuate, but claimed that they refused to adhere to the quit notice.

Farinloye said the landlord’s son revealed that he had to leave the building and rented an apartment in the same vicinity. He further stated that the tenants and other occupants stopped paying rent to anyone for long.