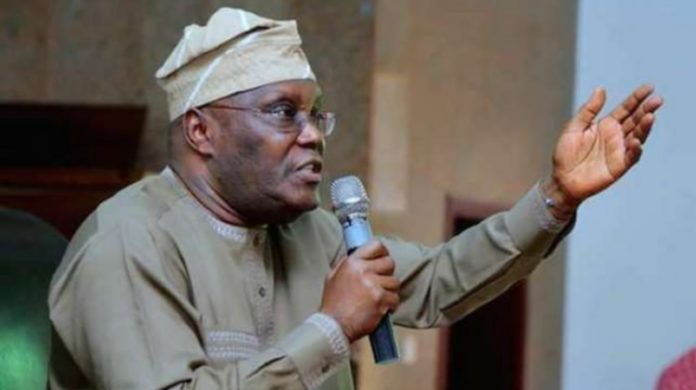 Alhaji Atiku Abubakar, former vice president and presidential hopeful, has triggered a storm following his decision to disown posts she made condemning the brutal murder of Deborah Yakubu by Sokoto Islamic mob on Thursday for allegedly criticising Prophet Mohammed.

Atiku, who is running for president on the platform of the Peoples Democratic Party, had taken to Twitter to condemn the mob action, saying, “There cannot be a justification for such gruesome murder. Deborah Yakubu was murdered and all those behind her death must be brought to justice. My condolences to her family and friends.”

However, after coming under threats from some Muslim northerners who threatened not to vote for him in 2023 if he emerges as the presidential candidate of the PDP, promptly deleted the tweet.

Atiku in a message on his verified Hausa page distanced himself from the message, claiming that any message on social media that did not come with the initials “A. A.” were not his.

“This evening I received information that a post was made that doesn’t agree with my orders. I use this to announce that any post without A. A. is not from me. May God protect us,” he wrote in Hausa language.”

The decision of the former Vice-President to delete the tweet has caused an uproar on social media as he is now trending at number one on Twitter.

“Atiku deleting the post he made to condemn the sokoto killing is a big red,” wrote a user, Oloms 1st, @Basil_uka

“Atiku was not really sympathetic. Tried to appease the South, saw reaction from the North, deleted. He feels it’s better not to offend the North than offend the South because Southerners are slaves and will vote for him anyways. Our Politicians are the wickedest people on earth.”

Another user, GODZILLA @_Samcleave, said “Atiku Abubakar basically wanted to play politics with a death of person killed by religious mob, when same people come for him, he deleted his condemnation of their acts, people that in the first place will not vote for him. This man should not be president.

“Looked over his condemnation of Southern Governors meeting this time last year, this time around, I’m just convinced that he’s unfit to be a president of a country that needs to be united, free itself from religious extremism and ethnic bigotry.”