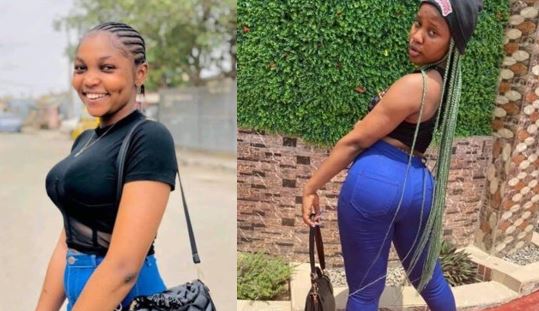 Drama As Two AKSU Female Students Leak Tapes Of Themselves

It’s getting hotter and disgusting as two female students of AKSU decided to leak their intimate tapes over a heated argument.

TSB NEWS gathered that the internet went wild yesterday when a girl from the University of Awka Ibom hooked up with an unidentified guy and record themselves while having been intimate.

The lady who happened to be identified as Idara, whose nickname is AI Gold, has made the university trend negatively over a leaked tape.

After series of threats, TSB NEWS gathered that it was leaked by her Jealous Girlfriend over a heated argument Here.

As a form of retaliation, AI Gold decided to leak a video of her friend while she been intimate with herself.

It is indeed an embarrassing moment for the duo as their private tape goes viral on social media. HERE

How Trusted Associates Put Me In NYSC Trouble – Kemi Adeosun