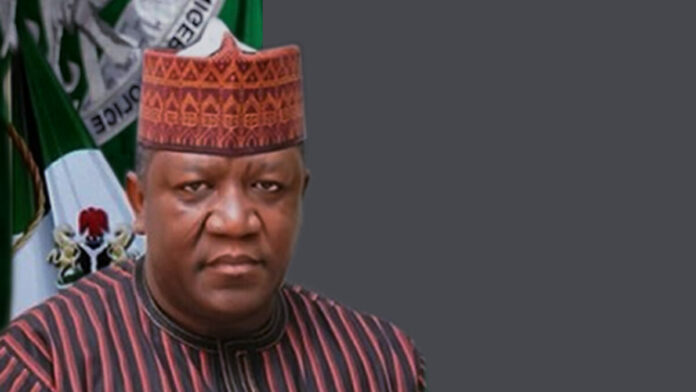 Former Governor of Zamfara State, Abdulaziz Yari, has been arrested and detained by the Economic and Financial Crimes Commission (EFCC) in alleged connection with the agency’s ongoing investigation into the N84bn fraud involving the suspended Accountant-General of the Federation, Ahmed Idris.

Yari was reportedly arrested on Sunday May 29, at his residence in Abuja a few hours after he won All Progressives Congress ticket for Zamfara West senatorial election.

The EFCC alleged that the former governor benefitted to the tune of N22 billion out of the N84 billion which the suspended AGF is being accused of diverting.

The huge sum was allegedly paid to one Akindele, whose full identity is yet to be revealed

Yari is alleged to have received the huge cash through Finex Professional but the details of the transaction weren’t revealed at the time of filing the report.

An operative of the commission who wished to remain anonymous because he was not authorised to speak to the media, told Punch, “On May 29, the EFCC arrested a former governor of Zamfara State, Yari, and Anthony Yaro, Chairman and Managing Director of Finex Professional for their alleged role in N84bn fraud involving former Accountant General of the Federation.

“Yari who was picked up at about 5pm allegedly benefited to the tune of N22bn through Finex Professional, from the N84bn which the former AGF paid one Akindele.” the source said

This comes days after embattled AGF was taken into  EFCC custody. He is facing investigations over allegations of corruption to the tune of N80 billion.