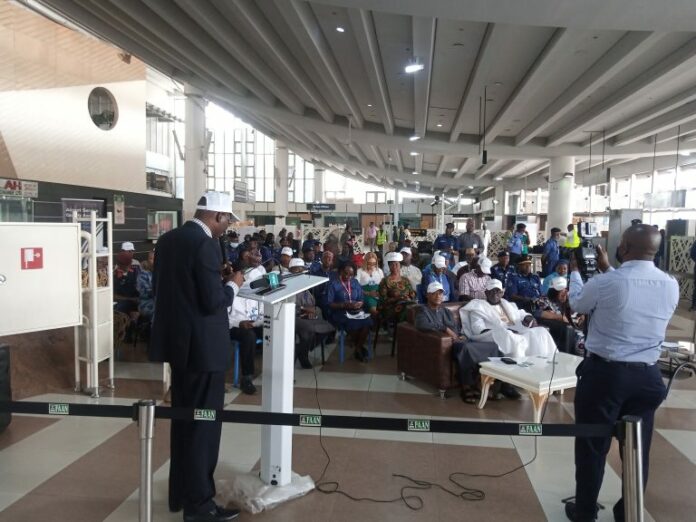 TSB NEWS reports that the Federal Airports Authority of Nigeria (FAAN) has inaugurated an app for taxi services at the Nnamdi Azikiwe International Airport Abuja (NAIA).

Yadudu was represented at the event by Usman Sadiq, director of security service, FAAN.

”The project is planned to be operated under the public and private partnership (PPP),” Yadudu said.

”The FAAN taxi app is to enable air travellers to book online for a taxi to the airport and from the airport.

According to Yadudu, the project will improve safety, security and comfort and further ensure development in the aviation sector.

“This is a good development. We fear changes naturally. Sometimes, when change occurs we will be proud of it. I am assuring taxi and commercial drivers that this will actually lead to laudable development, ” Yadudu said.

“It is in furtherance of conformity with international standards and will equally add to the gross domestic product of Nigeria.

“This laudable project is as a result of careful planning, negotiation and some meetings of relevant stakeholders. I hope everybody will key into this project and work towards its success.”

The agency added that the app will soon be extended to Lagos and Port Harcourt international airports.

Indian woman claims she gave birth to her first child at...