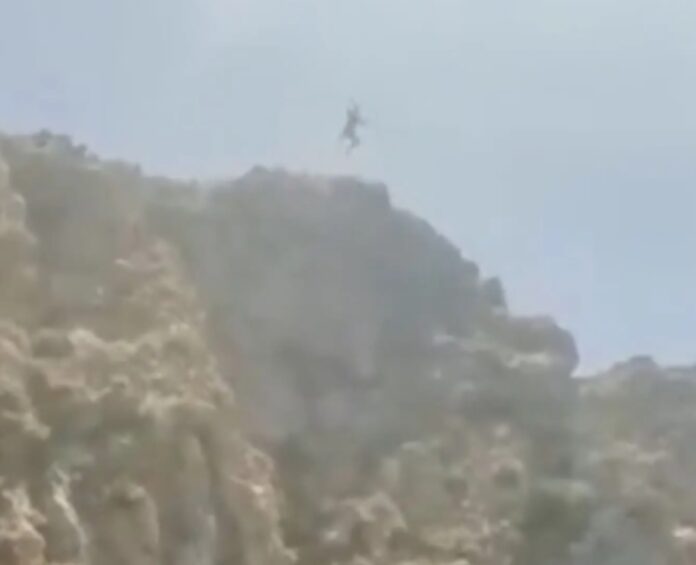 A father vacationing with his family in Spain has died while performing a cliff-jumping stunt that went wrong.

The harrowing footage was captured from a nearby boat where the man’s wife and son were filming.

The video shows the 31-year-old Dutch tourist readying to make the 100-foot plunge in the Malgrats Islands on Thursday, May 12.

Unfortunately, he miscalculated and as he took the plunge off the cliff, he seemingly realized his leap wasn’t going to clear the sharp, jagged rocks below.

He let out a scream of terror before clipping the jagged rock and hitting the water.

“Oh my God!” the woman recording, said to be his wife, screams.

The report says authorities were called to the scene shortly after the accident, and they were able to locate the man’s body. The man, his wife, and son had rented a boat for the day to tour the rocks on one of the Malgrats Isles by Santa Ponsa. The man reportedly hired the boat so his wife could film the stunt.