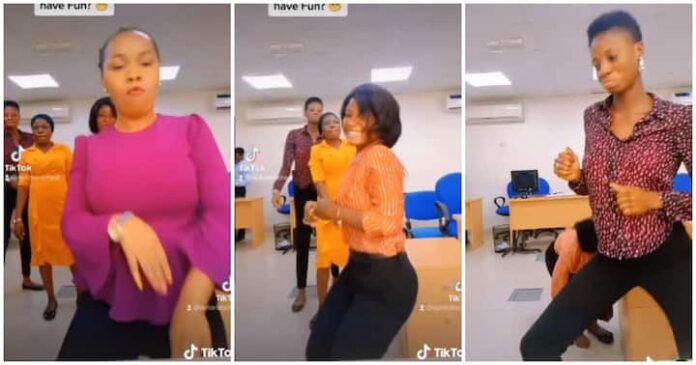 Beautiful Female Bankers Line Up as They Do the Buga Dance Challenge in Office, Video Wows Many, Buga dance challenge, a social media trend inspired by the hit song Buga released by singer Kizz Daniel featuring Tekno has found its way to the banks.

This is as a group of beautiful Nigerian female bankers jumped on it at the office.

In a short video shared on TikTok by @ayikararacheal, the ladies formed a line and one after the other showed off dance moves.

Each one danced hard and would sign off the scene by doing the Buga hand pose.