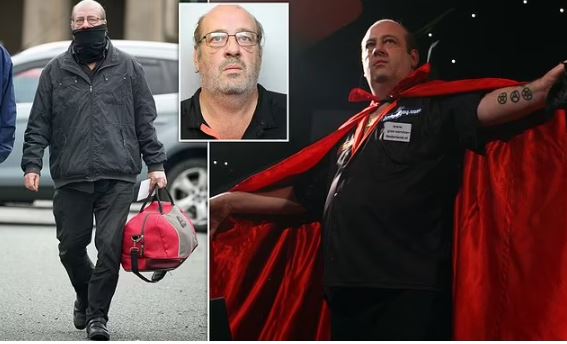 Former world dart champion Ted Hankey, 54, dabbed tears away as he was today jailed for two years after pleading guilty to sexually assaulting a teenage girl.

Married man Hankey, 54, pinned the young girl down and, with an ‘air of entitlement’, sexually assaulted his victim, Chester Crown Court heard.

The attack occurred in Crewe, Cheshire, on September 10 last year, and the court previously heard that the victim was aged between 16 and 18.

Passing sentence, Judge Steven Everett, Recorder of Chester, said Hankey would have ‘denied it to the bitter end’ if the attack had not been caught on film.

Judge Everett told him: ‘You genuinely believed nobody would believe her, until you were shown the damning evidence.

‘The nature of what you did, the fact that you pinned her down, that air of entitlement… You treated her as an object for your own disgusting and deviant sexual desires.

‘Your self-pity about the loss of status and ability to earn money – I’m sure you will never play darts again on television.’

The footage was played to the judge after the courtroom had been cleared of public and press. 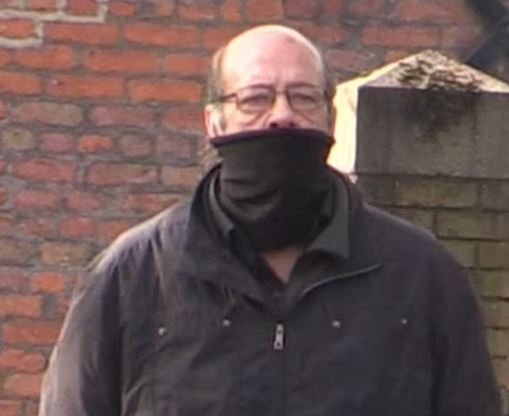 The girl reported the incident to police on Thursday, September 16, and Hankey was arrested the same day.

During questioning he denied committing the offence, and subsequently answered ‘no comment’ after being shown the video footage.

However, upon appearing at Warrington Magistrates’ Court on Thursday, April 14, he pleaded guilty to the sexual assault.

The darts player, who arrived at games dressed as a vampire and went by the nickname The Count during his playing days, first qualified for the BDO world championship in 1998.

Blasphemy – Man boasts on camera of being part of the...