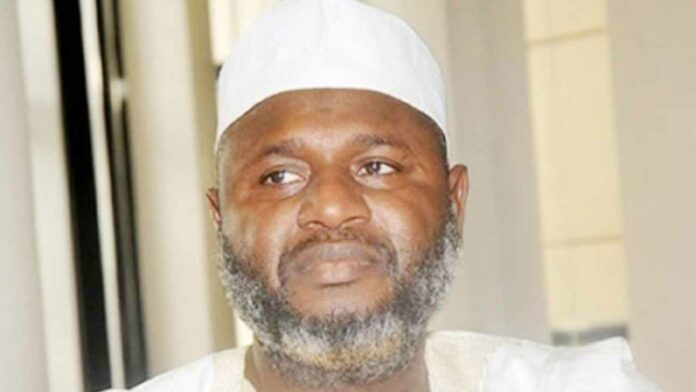 Former Governor of Zamfara State, Senator Sani Yerima has declared to run for the 2023 presidential election, under the platform of the ruling All Progressives Congress.

The former Senator who represented Zamfara West, at the National Assembly, was spotted at the Presidential Villa Abuja on Friday, where he came to inform President Muhammadu Buhari about his intentions.

He said when elected President, he would focus on fighting insecurity, poverty alleviation and ignorance of the mind which many Nigerians are living with unknowingly.

The former governor, who is famous for introducing the Sharia legal system in his state, debunked claims that he was a religious extremist.

According to him, that perception people hold about him is one of the reasons he would work on the ignorance of Nigerians and give every citizen a sense of belonging.

While disclosing his plans to State House Correspondents, he noted that he had secured the consent of the President to run for the exalted office.

He is due to pick his expression of interest and nomination forms today.