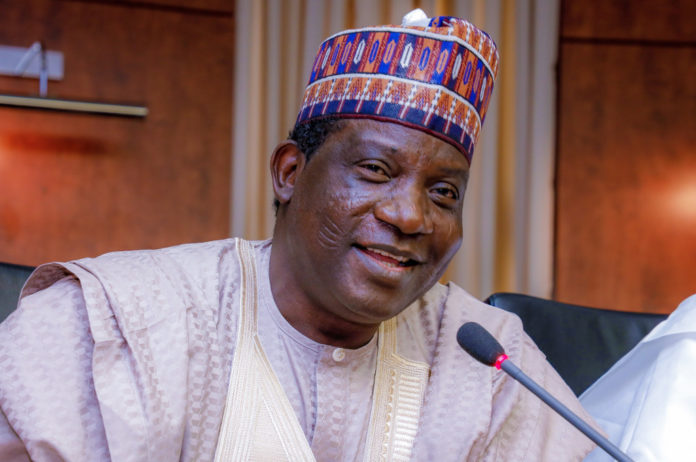 Dr. Makut Simon Macham, Director of Press and Public Affairs to the Governor of Plateau State, in a statement on Saturday said the delegates unanimously elected the Governor who was unopposed as the standard-bearer of the APC.

According to him, Zonal Chairman of the APC in Plateau Southern Senatorial Zone, Alhaji Musa Abdullahi Nyalum said members of the party in the zone resolved to give Governor Lalong their mandate to represent them in the Red Chambers because of his experience and performance.

He said Chairman of the election panel from the APC National Headquarters Rt. Hon. Titi Oseni said although the Governor was the sole candidate for the elections, the process of voting would still be done in line with the guidelines of the party.

“At the end of the voting, Rt. Hon. Titi Oseni announced that Governor Lalong polled 335 out of the 340 votes (with 5 invalids) affirming him as the APC standard-bearer for the Plateau South Senatorial District seat in the forthcoming general elections,” he said.

He said Governor Lalong, while thanking members of the APC in the zone for giving him their mandate, promised not to disappoint them.