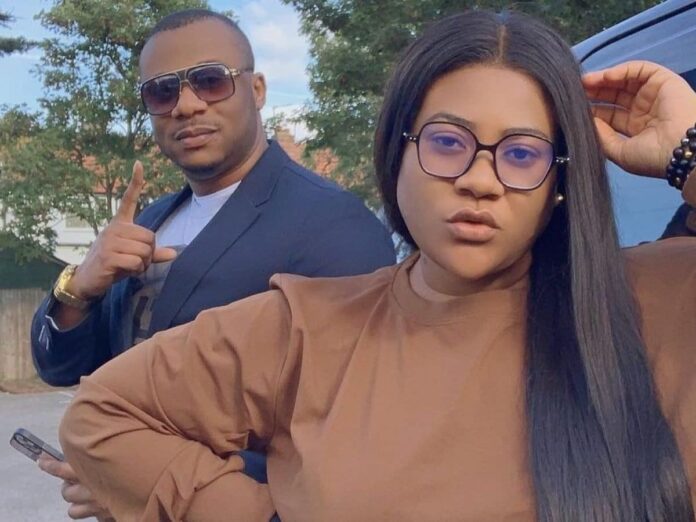 Actress Nkechi Blessing responds to ex lover, Opeyemi Falegan dismissed claims that he apologized to her because he wants her back. Also over her alleged poor hygiene

Recall that on Monday May 9, Opeyemi had an IG live session with OAP DaddyFreeze where he publicly apologized to Nkechi after they dragged each other over their breakup. He told her he loves her and also asked her to forgive him. 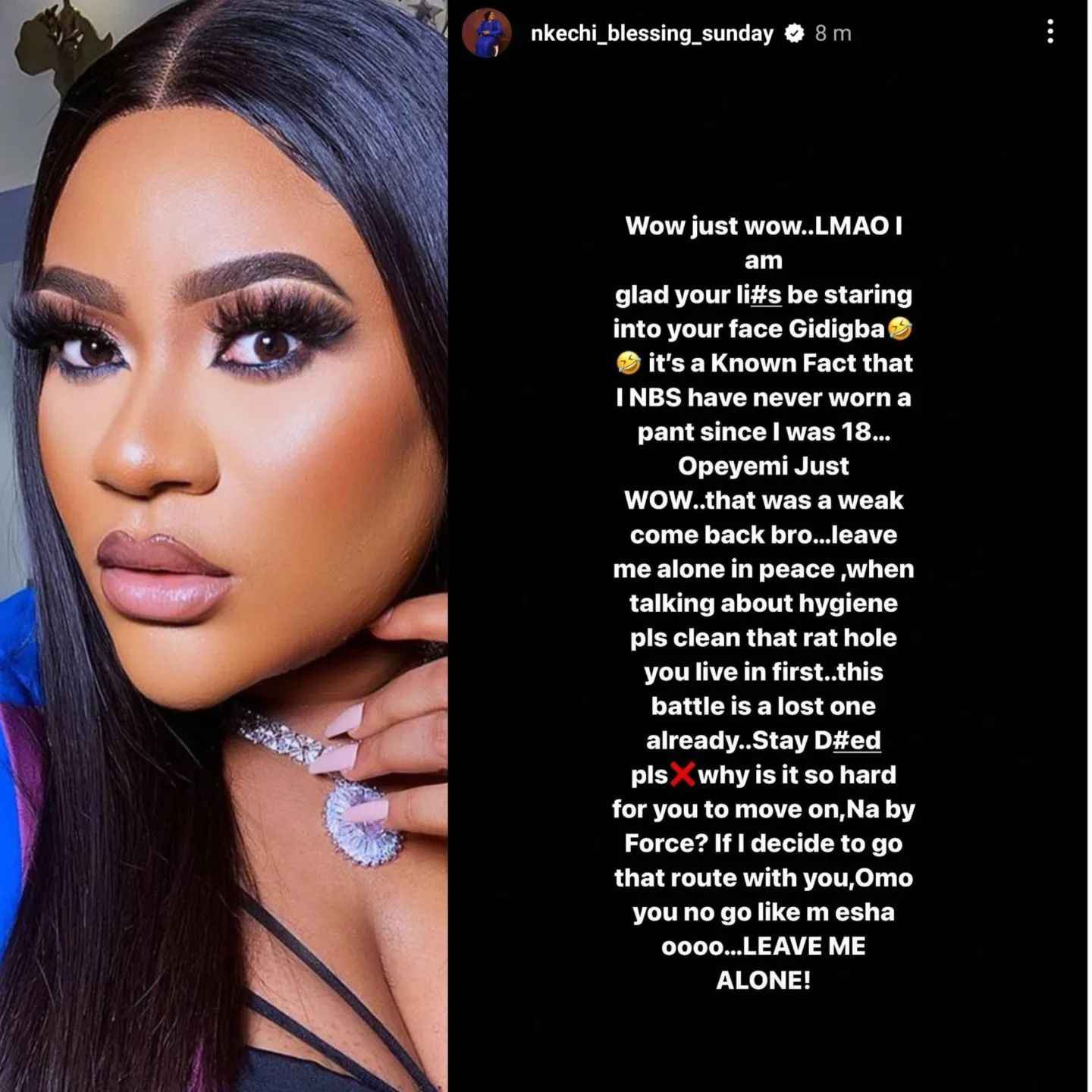 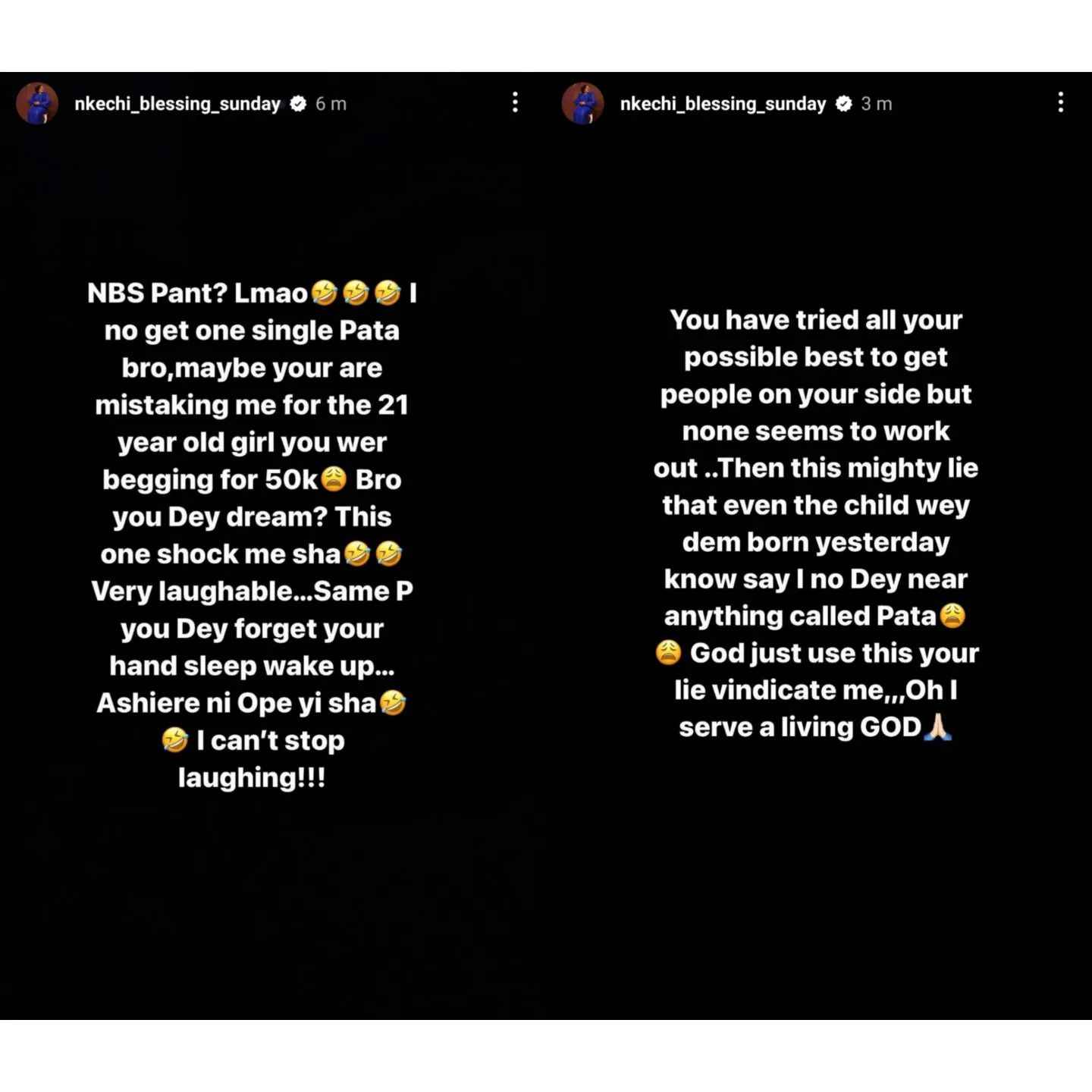