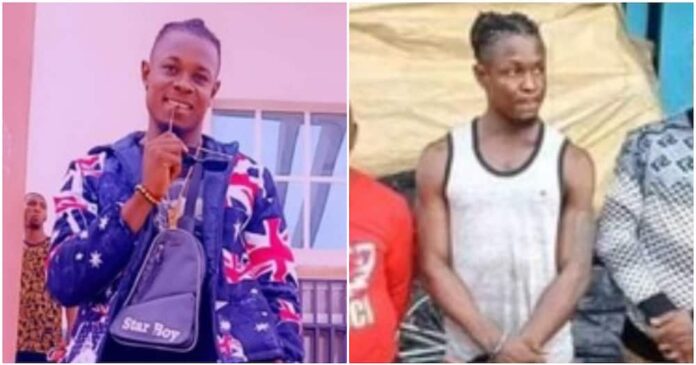 Fast rising Nollywood actor King Zealot was paraded as a member of the Indigenous People of Biafra (IPOB)’s Eastern Security Network. This was made public by a friend of the actor who took to Facebook to share a poster of King Zealot in a movie to confirm his status as an actor. Here is what you need to know about the actor.

Hycent Azunna Zealot, better known as King Zealot, is a producer, actor and singer. He has featured in several Nigerian movies and one of which is titled ‘The Blue City. He became popular after participating in Odogwu Bitters challenge. See some of his works below “E no dey hard them to lay false accusations ‍♂.”

“So many innocent people in prison.”

“He might be innocent n he fit dey among so we never can tell,may God help him.”

“Just Bcos he has dreadlocks.”

“Doesn’t help that the movie poster they picked he was holding a gun. P.R 101.”

King Zealot was allegedly accused of becoming one of ESN operatives in Owerri, it was gathered that Nigerian police arrested and accused him of being an ESN member.