The Nigerian man, Kunle Adeyanju, who embarked on a London-to-Lagos journey on a motorbike has arrived in Nigeria after 40 days.

Adeyanju, a Nigerian and Rotarian, had embarked on a charity ride from London to Lagos – a distance of about 12,000 kilometres.

Adeyanju arrived in Nigeria on Sunday, May 29, 2022, stressing that he embarked on the journey to raise funds for #EndPolio in the country.

The biker who set off his journey from London, United Kingdom on April 19 was greeted at the border between Nigeria and Benin Republic by a cheering crowd who had gathered to welcome him, after which, he proceeded to Lagos metropolis. 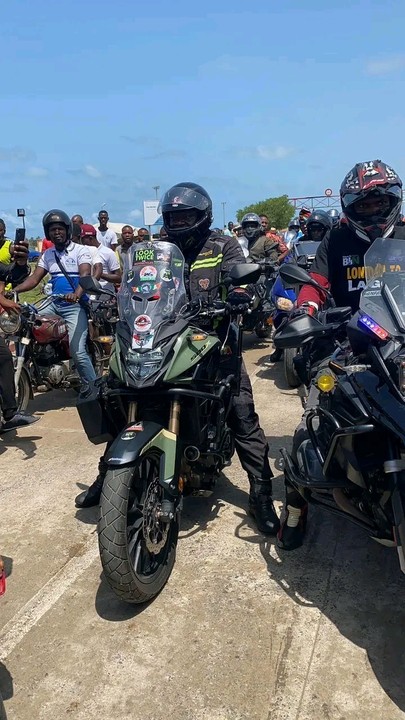 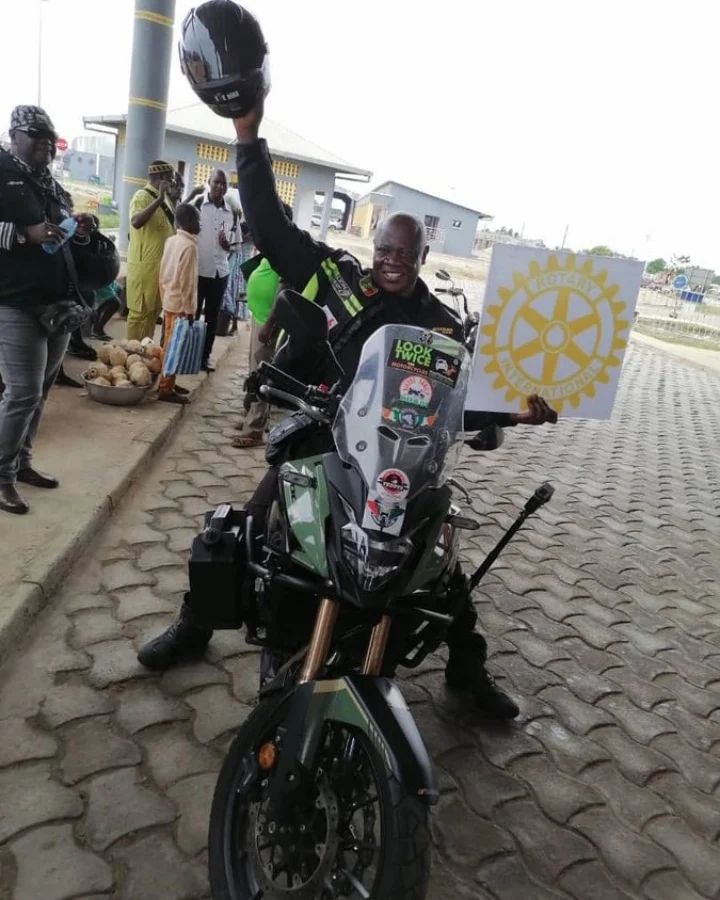 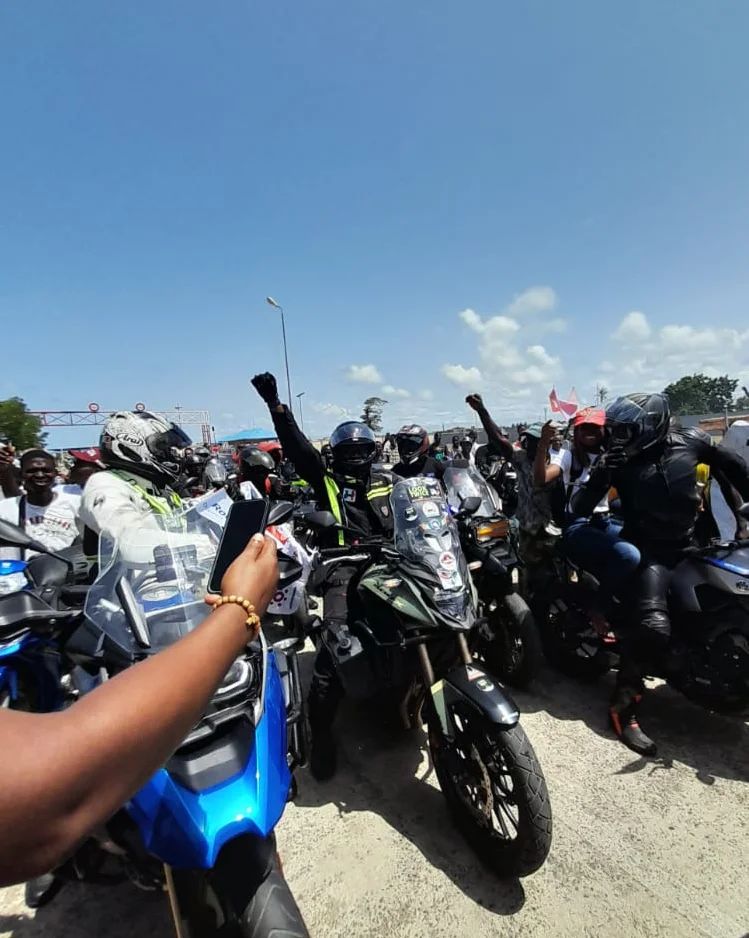 Kunle had earlier announced in a tweet after arriving in Mali that he will auction his Honda CB 500X motorbike, Eagle, for charity.

“By His grace when we get to Lagos…. I AM CONSIDERING PUTTING EAGLE ON AUCTION FOR CHARITY!”

“Eagle will be going on auction post-arrival in Lagos…… starting bid $25,000. Part of the proceeds will be donated to Rotary Foundation toward ending polio”

It has a 17.5 liters fuel tank capacity that allows a 27.8 km ride per litre or a range of about 486-kilometers, depending on the riding style and weather conditions.