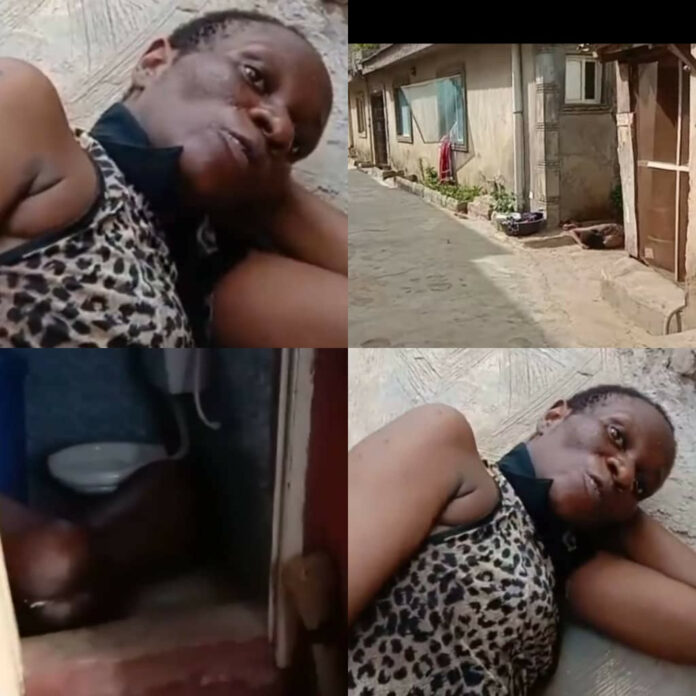 Pandemonium broke out in the Ijoko area of Ogun state in the early hours of today May 29 after a man was found dead in his bathroom.

According to residents of the compound where the incident happened, they began to suspect something wasn’t right when they did not see the deceased simply identified as Mr Nnanna for about a week. Their suspicion grew when a foul smell began to emanate from the room of the couple.

The landlord of the compound said he and some other residents approached the wife this morning and asked for the whereabouts of her husband. The woman who appears to be mentally unstable said he was fine and slammed the door on them. The landlord said they insisted that the man might have died since the foul smell persisted and flies began to perch around the windows of their apartment.

According to the landlord, they immediately alerted the vigilante members of the community who came and forced the door of the couple’s apartment open where they found the man lying lifeless in the toilet. His wife was sleeping in the house with the corpse of her late husband.

Attempts to question the wife on what happened to her husband failed as she sounded incoherent and was looking exhausted.

Watch a video from the scene below