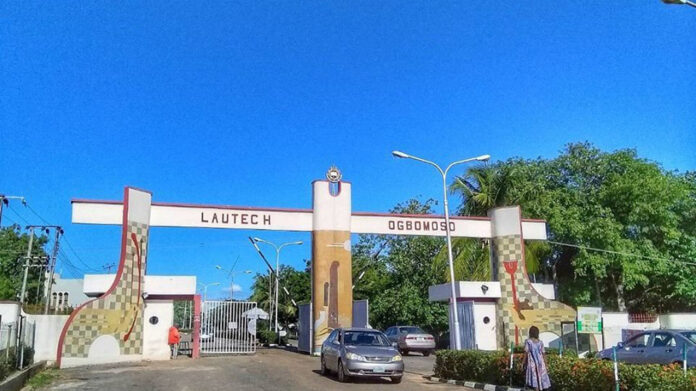 TSB NEWS reports that The Academic Staff Union of Universities (ASUU) says its members in the Ladoke Akintola University of Technology (LAUTECH), Ogbomoso, will not buckle to pressure and pull out of the ongoing nationwide strike.

According to NAN, Oyebamiji Oyegoke, ASUU’s zonal coordinator, gave the union’s stance in a press conference on Wednesday in Ogbomosho.

LAUTECH has been actively involved in the ongoing ASUU strike, which began on February 14.

But in March, students of the institution had demanded that its chapter of ASUU disembark from the industrial action.

They added that the strike is threatening their academic activities.

“We are giving the leadership of ASUU LAUTECH 72 hours to borrow a leaf from ASUU KWASU that wrote a special letter to the National ASUU based on peculiarity in their institution,” the varsity’s student union had warned.

“LAUTECH ASUU should opt out of this ongoing strike or else the students’ union will be left with no choice but to see ASUU LAUTECH as saboteurs to the progress of LAUTECH.”

Reacting to the demand, Oyegoke said LAUTECH will not back down as it would benefit from the repositioning of the public universities.

He also said the current infrastructure face-lift, which LAUTECH enjoyed and the TETFUND grants were products of ASUU struggles, adding that without it the institution would not be able to have a semblance of a university.

“Academic staff members of ASUU in LAUTECH have sacrificed greatly to ensure that academic programmes are not only run successively, but also ensure that the university’s rating internationally over the years, are sustained,” the zonal coordinator said.

“Not minding the increasing students’ entries occasioned by the university popularity, the academic staff members’ strength is stretched to the brim to the extent of conducting three semesters in a session.

“As far as ASUU is concerned, its perception of developmental issues confronting Nigerians, whether political, economic or educational, is national, rather than ethnic, religious or of any other primordial preferences.

“Consequently, ASUU’s focus is on public institutions, especially universities whether Federal or State.

“Since inception, LAUTECH has benefitted and is still benefiting from ASUU’s steadfast struggles on public education in Nigeria.

“Before its transformation into the Tertiary Education Trust Fund (TETFUND), LAUTECH was among the initial beneficiaries of the Education Tax Fund (ETF) in the 90s.

“This is aside from many of the staff members that benefitted from TETFUND Scholarships.”