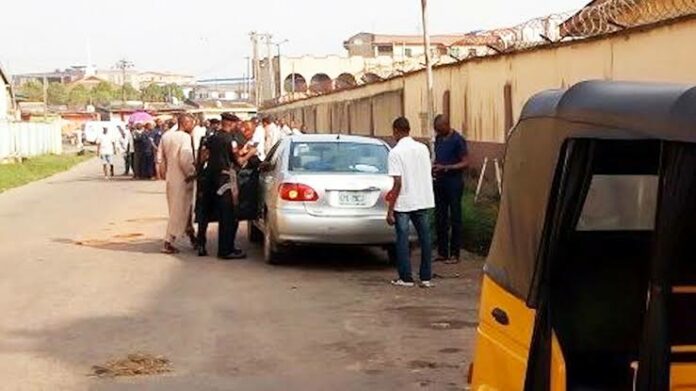 Married man, Koyejo, with his girlfriend found dead inside car in Lagos

The man, an information technology engineer identified simply as Koyejo, was found in his nude while the lady, whose identity could not be immediately ascertained was half naked.

Residents told newsmen that the SUV with number plate EPE 666 GE, was sighted on Saturday night at Double Star bus-stop, but they became curious when the car, which ignition was on, remained at the same spot on Sunday night.

Suspecting it could have been stolen, some youths were said to have flashed a torchlight inside the SUV with tinted glass, only to discover the bodies.

One of the residents, who spoke with the press, said: “Koyejo lived at Double Star before he moved to Surulere area of Lagos with his family. He was an IT engineer. He called one of us to inform us that he was in the estate on Saturday.

“We were told he went to pick his girlfriend at Isolo on Saturday night. They went to Moshalashi bus stop to buy suya and took some bottles of alcoholic drinks.”

Policemen from Ejigbo, who were alerted, arrived the scene, the side door behind the driver’s seat was the only door opened, while others remained locked.

He was found in a sitting position with his trouser and shirt laid on the space between the driver and passenger’s seat. The lady on her part was found lying on her face, with blood dripping from her nose.

When an acquaintance of late Koyejo put a call to his widow, who was unaware of the calamity, she informed that she had not been able to reach her husband since Saturday night.

Policemen from Ejigbo division drove the SUV with bodies of the lovers to the Isolo General Hospital morgue, at 10.20 p.m., where they deposited their remains.

Tributes as Emiliano Sala’s body is recovered from plane wreckage