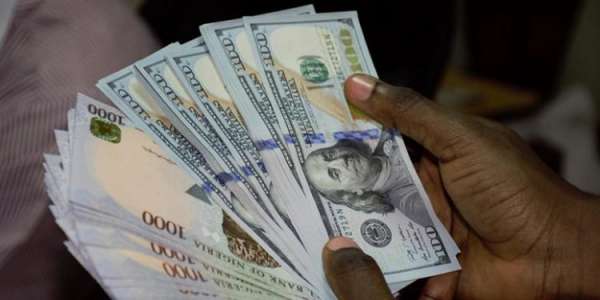 Tsbnews reports that the exchange rate between the naira and the US dollar closed at N419/$1 at the Investors and Exporters (I&E) window, where forex is traded officially.

Exchange rate at the peer-to-peer market declined by 0.32% to trade at $608.12 on Wednesday morning, compared to N606.2/$1 recorded as of the same time the previous day. The downturn in the market is following the hawkish move of the apex bank in raising interest rates.

The Nigerian Central Bank raised the benchmark interest rate (MPR) to 13% on Tuesday after the MPC meeting, after 2 years of adopting a low-interest rate regime, in response to the 2020 economic recession. However, with the rising inflation numbers, the apex bank has joined other country apex banks in raising interest rates in a bid to curb the inflationary pressure.

Meanwhile, the exchange rate at the parallel market closed at N605/$1 on Tuesday, a 0.17% downturn compared to N604/$1 recorded in the previous trading session. Recall that the exchange rate fell sharply last week as FX liquidity tightened in the market. This is according to information obtained from BDCs operating in Nigeria.

Nigeria’s external reserves depreciated further by 0.26% on Monday to stand at $38.65 billion from $38.75 billion recorded as of the previous day. The decline in the external reserve level can be attributed to the continuous intervention by the Central Bank in the FX market in order to ensure the stability of the local currency.