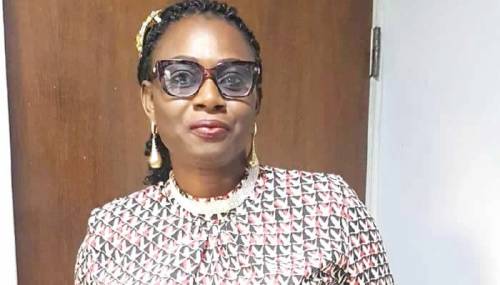 Indications emerged, yesterday, that 47-year-old Afolake Abiola, the lady who reportedly committed suicide last Friday, in her apartment at No. 1, Abayomi Kukomi Close, Osapa London, in the Lekki area of Lagos, had some undisclosed medical conditions, apart from depression.

This was confirmed by some residents of the area when newsmen visited, yesterday. However, her immediate family members refused to speak when contacted, stating rather that they were trying to heal from the devastating impact of her demise.

Late Abiola, who lived in a three-bedroom flat in the building, was a chattered accountant and worked with one of the telecommunication companies for over 15 years.

One of the tenants, a retired civil servant, Mr. Patrick Olumhense, who spoke with newsmen, said: “We were just neighbours, not relatives. We didn’t know about the death until her relatives woke us up that morning. It is a sad tale to recount. She was a very sociable and humble neighbour to us all. But she loved to be on her own.

“She did not have many friends, apart from her younger sister, who used to come and spend some time with her here. She used to live with her younger brother who has built his own house, married and moved out with his wife. But in the last five years, she had been living alone.

“Quite honestly, she appeared like someone who had mental challenges. Before her father died, we used to see him rush down to the house on occasions when it seemed she had a kind of attack. He would calm her down, take her for some kind of therapy and bring her back to start a normal life.

“That happened for quite some time and were managed by the father, until the man died.

“Since her father died, nobody was playing that role for her, except the younger sister who came once in a while.

“For us as neighbours, we were aware of this problem. Whenever the attack came, we would contact her sister or brother. But this time, she didn’t exhibit any symptoms,” said the octogenarian.

Apparently, Olumhense’s confessions provided a bit of stability to the shell-shocked gateman, identified simply as Junior. Initially, he was too shocked to speak about what he knew about the deceased and volunteered to take this reporter to the 80–year-old Olumhense.

When 25-year-old Junior managed to speak, he said, “Madam’s death was a shock to me. She was the kind of woman who didn’t like noise. In fact, I am planning to leave this job because she was the only one who used to help me in this compound.

“But, I think she had a mental problem. When the attack came, she would be walking aimlessly without any destination in mind. And if you tried to stop, she would resist.

Newsmen was also able to reach the younger brother of the deceased, Mr. Tunde Abiola, who lived with her.

Abiola who was near weeping as he was speaking to us, described the death of her sister as devastating. He however expressed sadness that the social media feasted on rumours to celebrate such a demise, thereby compounding the pains of the bereaved family.

According to him: ”Truly we are traumatised by her death but we are more worried about the rumours making the rounds on social media which were not confirmed.

“I don’t want to talk about it anymore. I am not in the mood. We are now more concerned about our mother who is close to 70 years. But I have asked my wife to go and be with her. It is well,” he stated.