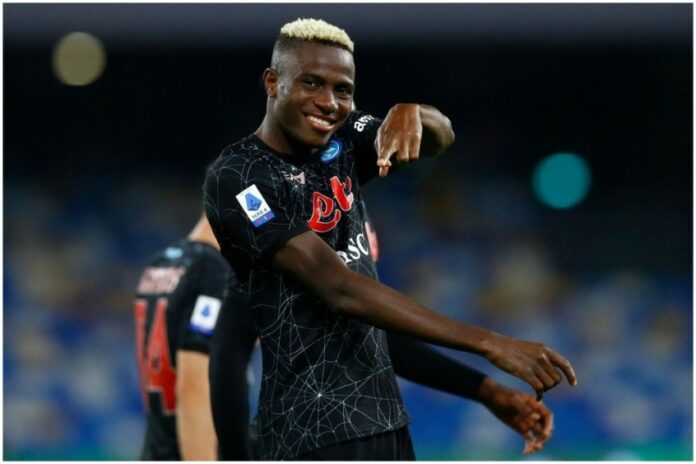 Premier League club, Newcastle United is reportedly ready to give Super Eagles star striker, Victor Osimhen up to N4 billion (€9million) in salary per year to convince him to leave Italy.

According to Italian outlet Calciomercato, Osimhen has been linked with a move to Premier League clubs; Manchester United, Arsenal and Newcastle, but the Magpies are the major contenders to get the €100million rated star.

Newcastle attempted to sign the 23-year-old in January, and will double his current wage at the Serie A side if he accepts their offer.

The report says Osimhen is ‘tempted’ by the offer, and there are suggestions that if Newcastle avoids relegation this season Osimhen could jump at the chance to join the English premier league.

The club, which was bought over by a Saudi-led consortium in October 2021, know that Napoli will sell him nothing less than €100million this summer according to the report.

Osimhen has scored 17 goals in 29 matches for the Naples club in all competitions this campaign.

He scored four times and registered one assist in five Europa League appearances for Napoli this term, while he has struck 13 times and provided five assists in 24 Serie A outings.