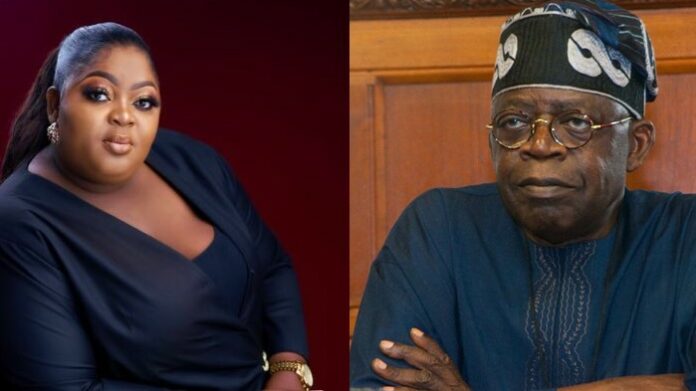 Eniola Badmus, the Nollywood actress, has come under criticism for endorsing Bola Tinubu, ex-governor of Lagos state, for the 2023 presidency.

Ednut had asked his fans to choose their preferred candidate for the presidency ahead of the 2023 election.

In response, Badmus commented, “Tinubu all the way.”

Her statement, however, came with a wave of backlash from Instagram users who hurled allegations at her.

Another user identified as Divine wrote in Pidgin English: “How much did you collect to betray the youth? So all your protest and show at end sars was a scam? How cheap can you be?”

Bright wrote: “You’re officially becoming one of the problems we are having in Nigeria.”