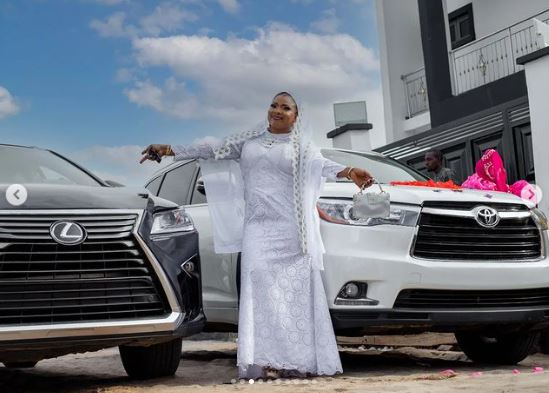 She announced the acquisition of new Lexus and Toyota, which she announced via her Instagram on Tuesday. 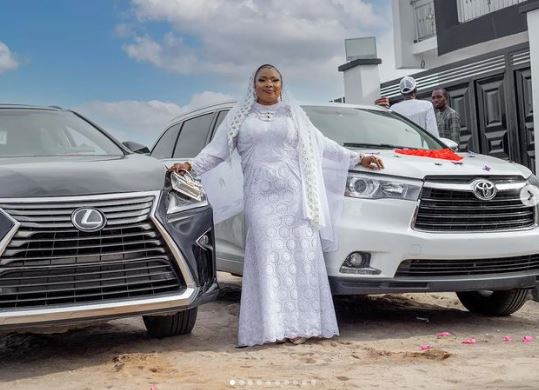 According to the actress, acquiring two cars isn’t a deliberate intention to show off but to encourage ladies that they can become successful without depending on anybody.

In a series of post, Laide Bakare also noted to document how the journey started till now in a book so as to teach young children the possible means of making legitimate decision on how to make money within six month.

There comes a Time in every girl’s life, when she decided to pamper herself extravagantly to compensate for years of hard work and Labor, Having saved for years to Aquire more luxurious houses and vehicles, It is save for me to say that persistence is the basic key to glorious Success. Little by little then here I’m Today 💃🙏💃👌👏💪 just Few weeks After my New House opening.🙈 I give you All the praise ya Allah 🙏🙏🙏 NB: Pls Note, This is Not A show off, But to further encourage ladies out there that, its Achieveable, 👌you can be successful on your own without depending on Anybody in life. Huge congratulations To Me 🙏💃🙏 Alh shakirat Olaide BAKARE. EVERYTHING NA DOUBLE DOUBLE 🙏🤩💃🙏, i deliberately choose these two colors, to Match my New House painting.