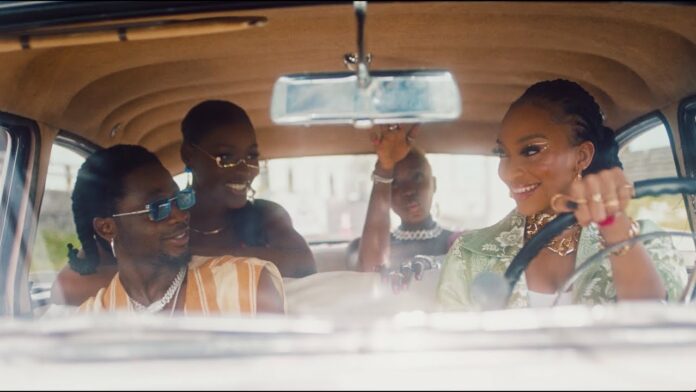 Omah Lay gushes about his Woman in new video

Stanley Omah Didia, the Nigerian singer better known as Omah Lay, has come through with ‘Woman’, another single off ‘Boy Alone’, his upcoming album.

The song was released across several streaming platforms on Friday — after weeks of teasing.

In the new track, produced by P.Prime, the 25-year-old showcases his impressive vocals alongside a string of catchy lyrics.

The less than three-minute track shows how far the singer is willing to go for his lover.

“They tell me this/ They tell me that/ They say my b***h, say she ah bad/ Anytime I knack, I knack without/ Rubber band, no rubber band/ Every time I put am, e sure me die/ If I no pull out, she got my back/ Odoyewu, I’m happy that,” he sings.

The song was also accompanied by a colourful video.

Omah Lay started his music career at the age of 15 and then rose to prominence after the release of ‘You’ and ‘Bad Influence’, his two hit singles.

He has continued to enjoy fame in the Nigerian music industry with several beautiful offerings.

In 2021, the ‘Understand’ crooner edged Tems, Oxlade, and Bella Shmurda to win the much-coveted ‘Next Rated’ artiste at The Headies.