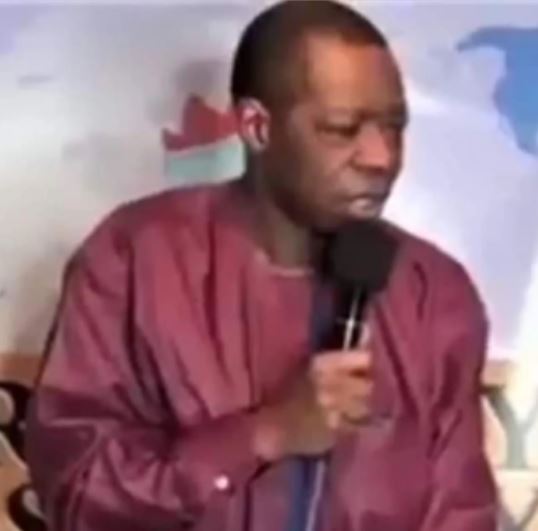 Pastor Noah Abraham of Christ High Commission Ministry in Ekiti State who made headlines for charging his members N310k for a trip to heaven, has explained why he did so.

TSB News reported earlier that the Pastor whose church is at Araromi-Ugbesi in Omuo-Oke, Ekiti State, ordered members to relocate to the church and pay N310,000 each for a trip to heaven.

40 people were said to have camped at the church and it was also gathered that some of them allegedly sold their belongings, in preparation for the trip.  This pushed the Ekiti state police command into inviting the Pastor for a meeting.

Speaking to BBC Yoruba, Pastor Abraham admitted to it and said he did it because he got the authority of God whom he said had called him to become a cleric. He also said he made the declaration when he noticed that his members’ troubles were increasing.

“Truly I told my congregation to pay N310,000, I made the declaration when I noticed that my members’ troubles were increasing.

“I did it because I got the authority of God who called me to practise for all that want to serve the Lord with their whole heart. I have never received any payment yet from any member of the church, and the Ekiti State Police has intervened in the matter.

“I was called by the police for Investigation and all the members of the church were there and all of them took notes of what happened.“