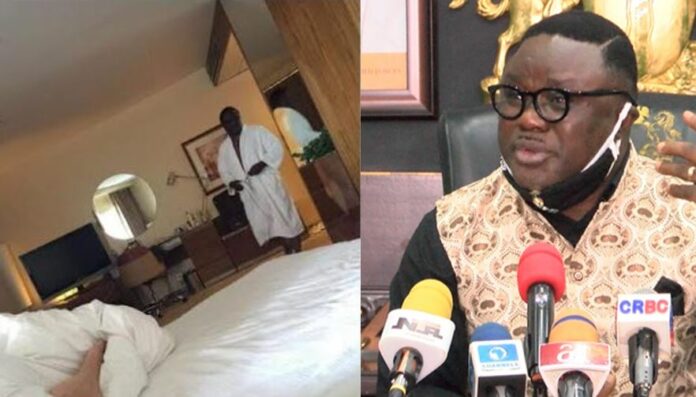 A photograph of Governor Ben Ayade with a mystery woman in a hotel room has surfaced and currently making the rounds, Tsbnews reports.

The Cross Rivers State governor was pictured wearing a night robe in the photo which also shows the foot of the mystery lady and this has since sent tongues wagging.

The photo was leaked by Jackson Ude an America-based journalist with the caption, “is that Governor Ben Ayade’s side chick or his wife? Asking my brothers from Cross Rivers State”.

Reactions have since continued to trail the photo which was leaked on twitter last night and some Netizens said “that is the foot of BBNaija star Nengi”, while others disputed.