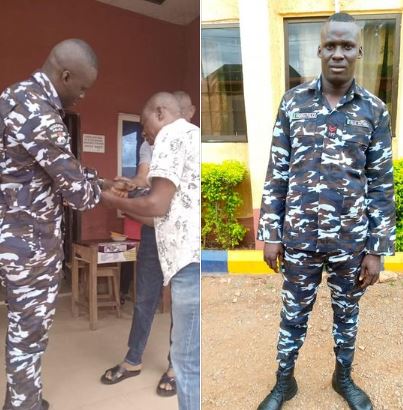 The alleged officer, Matthew Isaac serves in the Ebonyi state police command. Adejobi said the police condemn such action as it violates the statutory provisions of the code of conduct guiding the police force.

He said: “His actions equally violated the provisions of the NPF Social Media Policy (SMP), penal laws, and other extant laws regulating the conduct and discipline of all Police officers.”

Meanwhile as contained in the statement, the Inspector-General of Police, IGP Usman Alkali Baba has ordered the commissioner of police in Ebonyi to enforce disciplinary actions on Corporal Isaac.

Tunde Bakare Explains Why He Opposed Jonathan & Supports Buhari On...