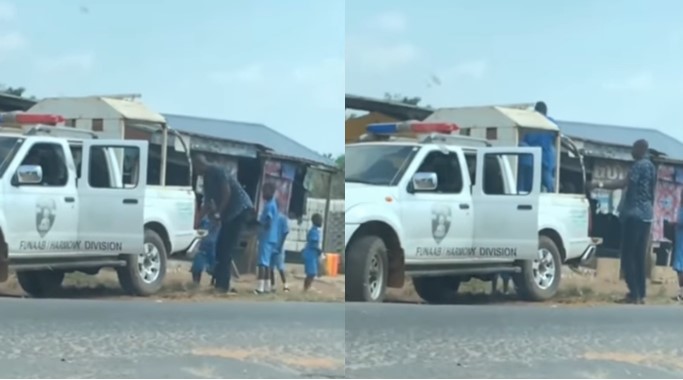 TSB NEWS reports that a Nigerian man has called for a police officer to be celebrated after he decided to take on a social responsibility.

He used an official police van to convey children from their school to their respective houses after closing time.

In a video shared by the motorist who filmed the heartwarming scene, the officer could be seen dropping the school kids at a bus stop close to their homes after picking them up from school.

The man said that there are still a few good policemen in the Force who are acting different from the bunch.